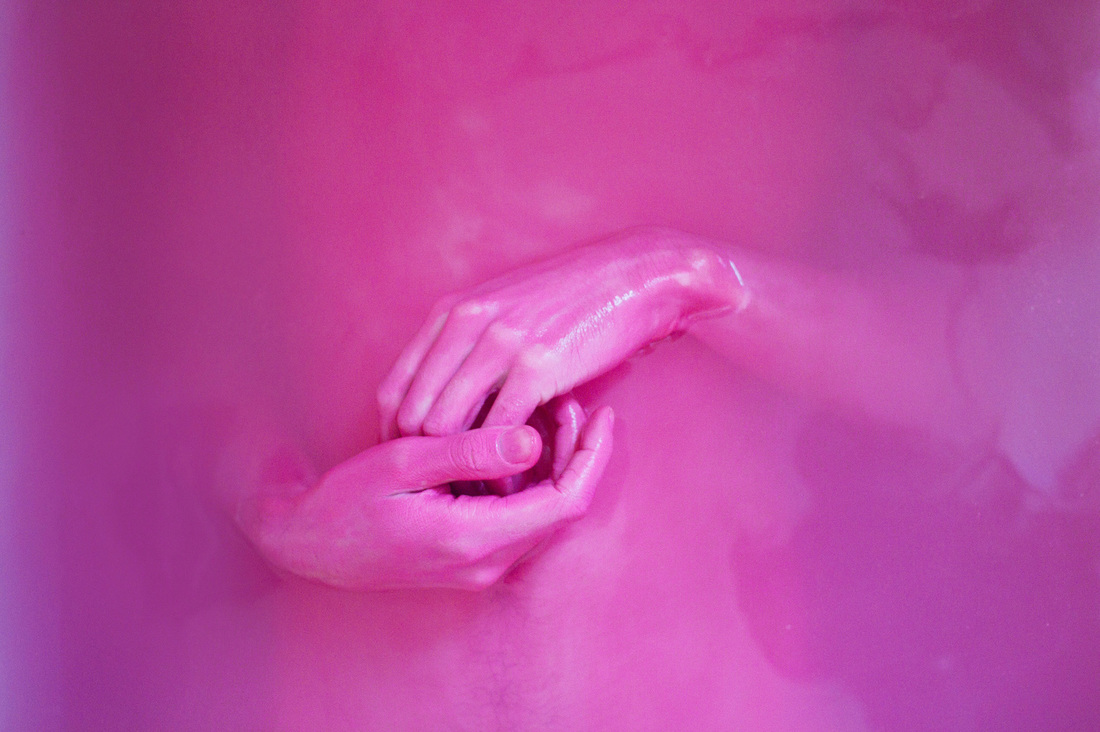 How did you get into photography and when did you realize you had an artistic talent?
I got into photography when I started collecting blythe dolls at age 14 and posting photos of them online. I think maybe a year or two into it, i realized that this was something I could get good at.

You have a very particular aesthetic. What is it inspired by?
Colours and simplicity. I always have these big projects but in the end I’m such a perfectionist and I need to be able to control every little detail so it ends up being simplified a lot every time I take photos.

You photographed a lot of boys in feminine clothing, tell us more about this project.
I think in the end the way I photograph men is a lot more about myself than it is about them. It’s never about drag or about playing with gender itself really, my photographs of them don’t affect their own gender identity. Over time I’ve realized it’s just another part of me projecting things I feel about myself onto the people I photograph and exploring my own identity through my subjects.

What is the significance of colors in your work?
A lot of people think I use the colour pink because of its conceptual meaning but really I mostly just find it visually appealing. I use colour in an instinctual manner most of the time (which is not to say that it’s not probably influenced by cultural meanings behind certain colours).

Right now my work as an artist and curator is to make queer/trans/non-binary voices heard.

Your work is also very engaged in feminist movement and gender diversity. Can you tell us more about the importance of diversity for you?
Diversity is crucial. I’m always working on it and trying to better myself when it comes to that too. As a white person especially I am given a great amount of privilege in the art world and I have to be aware of that. Mostly I photograph my friends who are queer, non-binary, etc. and I try to show them as they are.

What are your goals as an artist?
I just want to make imagery that feels soothing. And right now my work as an artist and curator (Camp Gallery) is to make queer/trans/non-binary voices heard.

When putting your work on social media; How do you deal with backlash?
I’ve gotten to a point where I take my time posting my work. When I know I’m not in a good place mentally I take a little break from social media. I’ve also learned to separate my personal life from my photography work online which helps a lot.

If you could collaborate with anyone, who would it be?
Wolfgang Tillmanns.

What is your advice to young girls looking to have a career in the photography field ?
Just keep working at your craft, make work about what is really important to you – and those things will shift over time, listen to yourself and to what matters to you.

What’s next for you Laurence?
I’m working on a new portrait series, and producing a short film.

Socrates said “ The Secret of change is to focus all of your energy, not on fighting the old, but on building the new” what do you think ?
I think I needed that reminder right now! 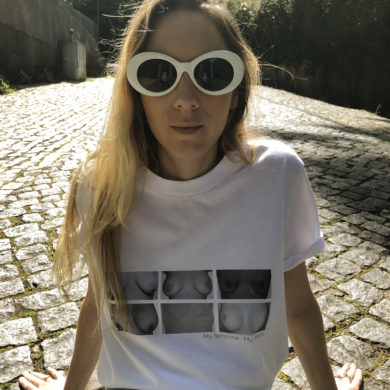 Giveaway: Indigo Lily
By continuing to browse the site you are agreeing to our use of cookies.