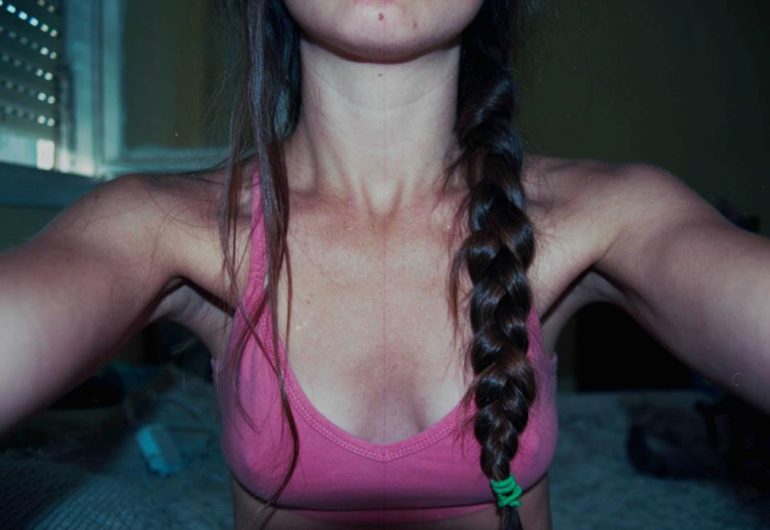 Describe yourself in 3 words.
I think “Land (of) Milk (and) Honey”, with all the good and the bad connotations referred to this ensemble.

How did you get into photography in the first place?
Photography is something I was exposed to since I was a child when my grandfather was developing b&w films and printing pictures in an improvised darkroom. As a little girl who talked to cats and trees I think I was naturally attracted to all the certain uncertainties, to magic in all its forms, and if a sudden appearance of an image on a sheet of blank paper is not a magic, I don’t know what else can it be.

Can you tell me more about your name “Berezina” ? In french it is used as a synonym for “disaster” referring to the battle of Berezina between the french and the russian armies. In Russian it has a more positive meaning right?
Wow, The battle of Berezina…this is so beautiful and symbolic, but actually yes, this family name has a lot more positive meaning. It’s an ancient Russian name that comes from “Берёза” (pronounced Berioza) which is birch tree. Birch trees are very present in Russian folklore, they’re protecting from evil, attracting wealth and well-being, which makes sense since the word itself appeared even earlier in the meaning of “April” or something bright.

You are a photographer from Russia, raised in Israel, now based in Berlin. In what ways do you feel like this diversity has influenced your work?
It will always have an impact on me. Everything I do is a result of the fact that my father is far away and that I never had a permanent home. When you often change continents and spaces, at some point in time you realize that the only static thing in your life, the only safe place is yourself, that’s the reason that I am the main subject in my works, even when it’s not “physically” me.

I can wholeheartedly say that I am a nostalgic person. I think we all have the urge to suffer from time to time, and nostalgia is my favorite form of suffering.

Can you tell us a bit more about your work process? What inspires you?
Oh, well that was the hardest question among all, for a really long period of time. My husband, Ohad, once asked me the same exact one and I couldn’t say a word. It felt like I know exactly what to say but there’s some sort of interference that prevented my mouth from being synchronized with my heart. It was frustrating and ended up with tears. I was mad at myself for not being able to speak and at Ohad for asking me the most important question an artist can be asked. It took me some time but one day I just understood that if you’re lucky to find your path in life you better know what brought you there. So what inspires me? Everything I can relate to, everything detached, homeless, foreign, forgotten, everything in which I can see a clear reflection of myself, whether it’s a person or an object. The process is very intuitive. I just know. Sometimes when I shoot I feel that I must physically stop, observe and organize the perfect composition but sometimes I just want to literally steal this exact moment and keep on going, to use time as if it was a whore, with no strings attached.

When i scroll down your insta, i can feel a certain nostalgia. Moreover, you shoot analog mainly, which adds that element to your work. Are you a nostalgic person?
That’s right, I shoot only analog by choice, mainly because that’s the only thing in my life that forces me to let go, to lose some sort of control. There’s a process in that, risks that are taken, the element of waiting, of not getting this instant satisfaction that digital cameras give you. There’s a relationship that being developed. You have to fully trust a machine, and yeah, I find that very sexy and romantic. As for nostalgia, since the actual meaning of the word is taken from the Greek words Nostos (which means “Homecoming”) and Algos (Pain), and since later on the word was used to describe a mental and physical condition of anxiety and homesickness in soldiers that were fighting far away from home, I can wholeheartedly say that I am a nostalgic person. I think we all have the urge to suffer from time to time, and nostalgia is my favorite form of suffering.

The importance of family is really present in your work! We can see your dad, your grandmother, your boyfriend, family reunions….this is all very personal, like an ongoing diary. Is that something you explore on purpose? Or are you just more comfortable shooting with people you know and connect with?
I’m so happy that you’re describing it as an ongoing diary <3 My family is definitely my biggest anchor. My motherboard. Everything starts and ends there. It’s not that I explore them on purpose only because I feel comfortable with them, but as well because they were, are and always be the closest, warmest and most relevant subject I can ever have.
Recently, though, I started to develop a wider visual language and I begin to think about shooting other people, especially because it intrigues me and because approaching strangers and saying “Hi, I’m Julia, can I take a photo of you?” is my biggest artistic fear. There is something very violent and penetrating in the act of photography: I stand there with the camera, totally focused and aware, and wait patiently just like hunters do…then- BAAAM, something happens, a slight movement, a change in the expression…the divine particle of photography in all its glory, the decisive moment, the punktum, you name it.
Think about it, there’s a reason for the use of the combinations “to shoot someone/something” or “to take a photo” when talking about the act of photography.

We can notice that one of your muse is your boyfriend. We can see him surrounded by flowers, or lying under a ray of light… There is a beautiful softness in these images. What are you aiming to translate?
Ohad is definitely my stabilizer 🙂 As a girl that grew up with a father who is thousands of kilometres away, in a family of strong, independent, Russian women, I developed a certain hardness in my character and the need to always be solid and unbreakable. Ohad was the person who taught me that it is ok to show weaknesses and freed me from the need to be a superwoman. This softness you mentioned, it’s his more than it’s mine.

One of your self-portrait “Cyclamens” was featured in our last exhibition during the feminist film week. Can you tell us the story behind this intriguing picture?
The thing about it is that I shot it as part of a fashion photography course I took during my 3rd year in the academy and didn’t even “see” it as part of my future portfolio… sometimes it takes years and then you stumble upon an image and it’s like “wow, how could I miss it?!”. Everything about this photo is the sub-conscience of the Russian-Israeli child and woman I was and still am: The dance lessons I had to take, the books I was expected to read, the upright back I had to hold when I played the piano, the foreignness I felt when I spoke Hebrew with an accent. I was tamed in some sort of way, just like these Cyclamens that naturally grow in forests, first when I was ״moved” at a very young age from my homeland to a completely different environment, and then when I was forced to bloom in the name of the consensus.

What is your view on feminism and femininity? And How does this vision look like?
I’m totally pro-feminism, but at the same time I’ll always be the first to condemn any forms of radicality such as misandry and all these “Omg, he told me I look good! The motherfucker sexualises me!” approaches which, unfortunately, exist. As for femininity, for me, it is an absolute superpower that exists in every single structure in the universe.

Which artists or people inspire you? Any role-model?
Sure thing 🙂 There are two people I mention intuitively each time such question arises.
The first, Sagit, was my lecturer in the academy. Beyond being the person who completely changed the way I look at a photograph, she also did three very important things for me as a person and as an artist. The first two were things she told me and I’ll never forget (“Julia, that image is beautiful, but being beautiful is not enough”, “you’re a truly wonderful photographer, but you must learn to devote yourself to one subject”) and the third thing was showing me works by Elinor Carucci. I was overwhelmed by the authenticity and the intimacy her images contained. She became my inspiration and therefore she is the second person I want to mention. Sagit definitely taught me what I can do and Elinor taught me how I should do it. I owe them. 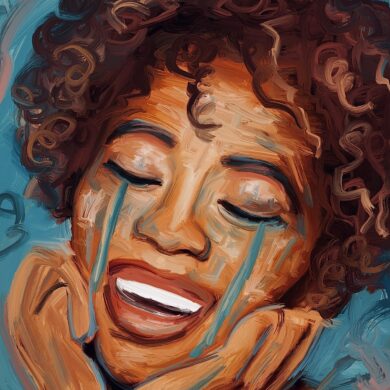 Nikki Gal
By continuing to browse the site you are agreeing to our use of cookies.