Agathe Dananaï is a french illustrator, graduated from a Master Degree in illustration at the Académie Royale des Beaux-Arts of Brussels, currently based in London UK. She defines her work as a celebration of the mundane, and is attached to the documentary aspect to how someone create themselves online, to what is shown and what is filtered.

it’s not a matter of embellishment but of transcribing life as it is, revealing the fragility behind the body construction.

Agathe explores themes that soon appear obsessive and recurrent in her image feed, and that somehow intersect, leading the path to another series of drawings. A big part of it consists of research, scrolling for hours on strangers’ socials, looking after the picture that would catch her eye for its composition but also for what it has to say about the person who posted it.

I’m interested in how someone’s fierce pose reveals their actual vulnerability, how the intimate is openly exposed. There’s a undeniable nostalgy in my portraits, through fashion, haircuts, attitudes and objects; the glimpse of a teenage life that is long gone into distorted memories. 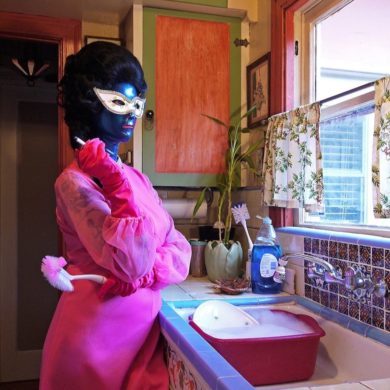 Miss Meatface
By continuing to browse the site you are agreeing to our use of cookies.