Sophie Ebrard “I didn’t want to be a Mum”

Following her show “I didn’t want to be a Mum” Sophie Ebrard created a poignant video about her experience becoming a mother. The result is a deeply personal, brutally honest self-portrait that every mother will recognise but few will speak of.

« I didn’t want to be a Mum was an immersive exhibition exploring the essence of motherhood. In the exhibition, I spoke openly, in a raw and intimate diary, about the ambivalent emotions of motherhood. This exhibition started as a sort of cathartic experience. I didn’t expect the response I got from (every single) visitors. Suddenly mothers, fathers, or even non parents seemed to get a weight off their shoulders like if the exhibition was breaking barriers around a big taboo surrounding motherhood.
If women knew that most people found it hard, that the ambivalence was normal and nothing to be ashamed of, they would feel less alone. We as a society need to talk about it so much it that it’s no longer a rare, taboo topic. Until becoming a mother – one of the most universal experiences in the world – stops being one of the most isolating ones. » 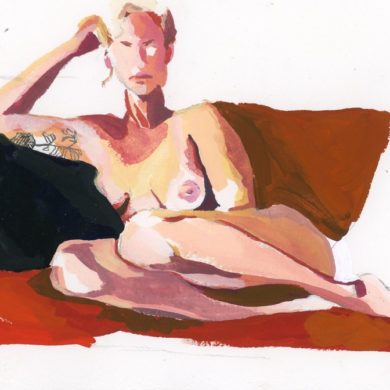 Lily Jane Brown
By continuing to browse the site you are agreeing to our use of cookies.