Ksenia Apresian is a russian photographer from Moscow, now based in Berlin. She began to study visual arts in 2011, and is currently working as a documentary and portrait photographer. Her work is interested in topics such as self-perception, psychology, gender, sexuality and movement practices. She continues to explore personalities of the people around her with the help of her camera.

“This project is dedicated to those who have experienced difficult, abusive childhoods. It’s a metaphorical letter from adults to their parents, revealing all the things they were not able to say before. The idea was born when one of my close friends told me that his parents had turned his old room into a Christian library. We had a long discussion and I realised that almost nobody had a happy childhood. Especially in Berlin, where it’s so easy to escape from your past and get lost in the party life. Later, I understood that this problem is sadly everywhere, not connected to particular countries or politically difficult years.

When I was looking for the heroes of my project on facebook, it turned out to be true: people from all ages and nationalities wanted to participate.

I hope that my project can work as a therapy for some people. It’s important to know, that you are not alone and there is someone who lived through the same experience. I was literally crying while transcribing interviews, but at the same time it was very insightful. I understood a lot about my own patterns and behaviors and their connection to the past. Also one of my heroines also brought up a very interesting idea – she supposed, that in future the whole concept of family can be destroyed and replaced with something else.”

Hero 1: Hannah
“My whole childhood felt like a roller-coaster ride, as we moved from place to place a lot. And also because of my mother having her ups and downs all the time. She suffered from depression and never kept her promises. We could plan to go to an amusement park on the weekend but never did. Small things, but it was important for me. So her behavior really pissed me off. As I was little, I didn’t understand what the word “depression” meant and I sometimes was mad at her for not getting up and just getting things done.”

Hero 2: Anna
“I think my parents were not ready to be parents. They didn’t accept my negative emotions: like being upset or crying. It was mostly arguing or silence or being ignored by them, shouted at or criticized. It wasn’t very positive. When I was 9, I tried to jump out of the window. Our nanny came in, when I was standing on the edge and stopped me. Now I think: how is it possible for a 9 year-old girl to want to kill herself? The main reason were sadness and self-hate. I was really sad all the time, but I didn’t understand why. I just felt that if my parents couldn’t love me, who would? I felt as an unlovable, shitty person. I wanted to hurt myself, like you want to hurt something you don’t like.”

Hero 3: Emma
My Dad was an alcoholic and he became a gambler as well. We never knew that he was spending so much money. He started to take loans for gambling and had secretly put my mother in the contract. When she found out, she divorced him. They had to register our flat on me, because if my dad didn’t pay the loans, mom would have to. We had to deal with all the paperwork, it was such a drama. I was so angry at my father that I didn’t talk to him for two years. Now we talk, but never discuss that episode. I think he’s doing well, he stopped gambling and is still paying his debts.

Hero 4: Olga
I come from a very loud family. My mother was more dramatic, and my father just didn’t know how to communicate. So he was shouting and trying to dominate me. He got lots of anxieties. Being very religious, he tried to deal with them by praying. It didn’t help, so he just vented all his frustration on us, his kids. It keeps influencing my life: if someone shouts, I cannot answer. I get very emotional, want to cry and run away. I’m just used to behave this way. But all in all.. I learned a lot from my family. Through pain and struggle, I understood what kind of person I don’t want to be. Now I know how to behave, so that nobody around has the same experience.

Hero 5: Maria
I dreamt of going to St. Petersburg to study acting, but my parents forbade me. “You must study economics to be able to make a living”. My mom and dad were typical Soviet people and it was very important that I get a proper education. So I had to. Now I feel ashamed of my economics degree and never show it to anyone. I’m still mad at them – I dreamt of acting, but they didn’t support me. I have never worked as an economist: at the age of 22, I moved to Germany and at 26, I finally started to study theatre.

Hero 6: Sophia
My mother was not a good person. She lied and took advantage of me all the time. She’s done so much wrong that I’m still in process of trying to forgive it. She was drinking a lot, always going to the bar and staying there. I was scared and called her: “Mom, can you please come home?” And then my father would beat me up for trying to call her. I would never go to school the day after – I was so stressed about where she was and what’s going on. It still affects my life: when my boyfriend goes out without me, I cannot sleep. I really trust him, but I just know that it comes from my childhood.

Hero 7: Pavel
I was born in a small German town in a very conservative family. My father was explosive, while my mother was more like “either you accept my rules or I will beat you”. I never did anything bad, but my parents were beating us a lot. Because of that I kept having nightmares until I was 25. The nightmare was always the same: I was in the middle of tropical plants grabbing me, so I couldn’t move, and my mother and my father were screaming at me. Just imagine, it’s so crazy! I recently had these nightmares again. So I know it’s not really solved for me and my subconscious.

Hero 8: Ben
My father was never home, he was not a family guy. He was at home 2 times a week, to sleep and that’s it. He had never put his energy in raising me. My mother wanted to do all the things as she wanted and I was rebelling against it. As a child I’ve heard constant fights between my parents and it was stressful for me. I rejected everything they did, always wanting the opposite. When we had conflicts, I never asked my parents for forgiveness or something like that. No. I was feeling that I’m always right. 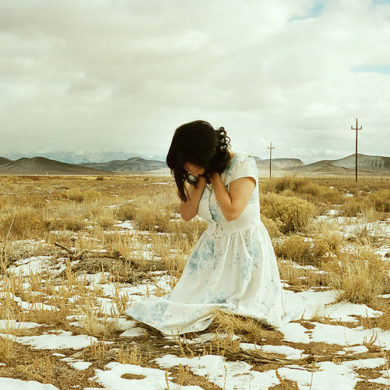 Jill Beth Hannes
By continuing to browse the site you are agreeing to our use of cookies.