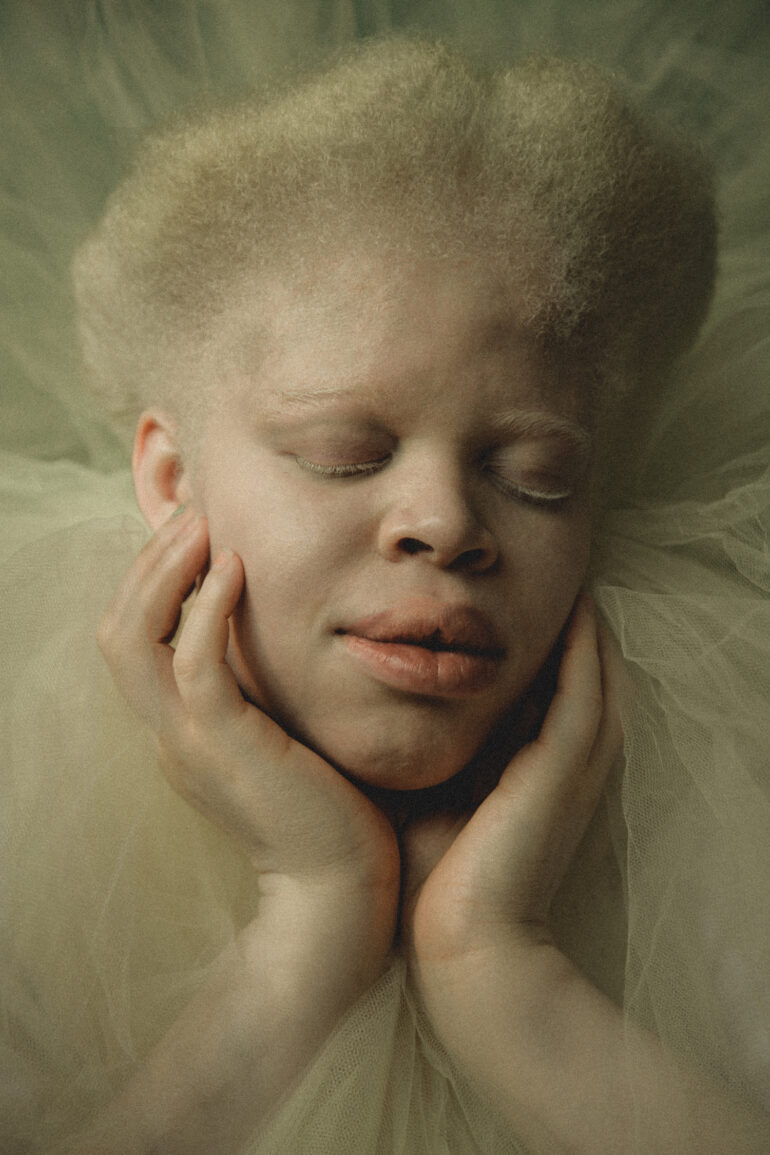 Victoria Vinas began professional photography four years ago, in Paris, as an addition to her job as a make-up artist for movies. Photography is for her, a way to tell an entire story in one frame, like extremely short films.

This series is the result of Victoria’s encounter with iconic Albino model Reine-Hermione; After seeing Reine’s face several times, firstly popping up on a phone screen at a party, then on an exhibition wall, and in a video, Victoria finally met Reine in person for her project where she wanted to show 3 different approaches inspired by the story of how they met, through 3 different sequences of photographs.

“Reflection” was inspired by Reine’s sensitive albino skin, and translated in the opposition between the sharp lines of an urban setting and the feeling of freedom that a day in the sun can bring.

I wanted these pictures to reflect the blissful airiness of bathing in the sunlight, that albino people can’t fully experience as their sensitive skin can’t tolerate the sun for long periods of time.

In her second sequence of pictures Victoria wanted to capture the compelling softness and peacefulness radiating from Reine, as a fairytale character, a nymph, an inspiration, close to nature.

I was decided to reach out to reine for this project, but was only able to get her contact when I came across a video in which she explained what being different is about: the questions, the stares, the remarks…

For the third series, Victoria took a more pictural direction with the aim to represent people that are too often dismissed by traditional and historical art, and represent Reine as a painting or sculpture. 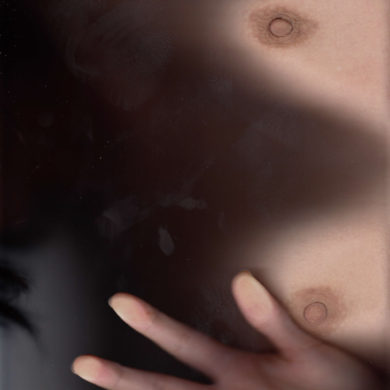 Tabitha Swanson “Seasonal Depression”
By continuing to browse the site you are agreeing to our use of cookies.