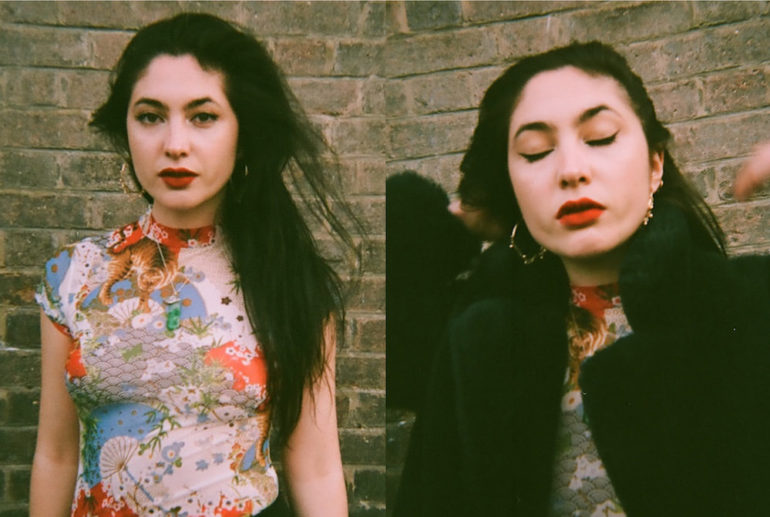 By Julia Howe
In ArtInterview

JADE JACKMAN IS THE VOICE OF A GENERATION: ON FILM AS A MESSAGE IN THE PERILOUS WORLD OF FEMALE EMPOWERMENT

Jade Jackman is the young film-maker whose break-through experimental documentary “Calling Home” received widespread acclaim as it honed in on the harsh reality for refugee women at Yarlswood Immigration Removal Centre. Featuring eerie phone calls made to women inside the facility, the film is insightful and beyond harrowing. As one Yarlswood detainee says “freedom is in the mind”. In a world where it’s all too easy to turn a blind eye to the latest distraction, Jackman’s message is unwavering. This is a woman who roots for the unheard voices. As social media sprints into the future a tenuous balance emerges between free speech on open platforms and heavily misogynistic cyber groups or hard-right politicians with agendas aimed at silencing these voices. But people continue to surge over what used to be the mainstream cultural narrative. Experiences of abuse and violence are appreciated by some as they are simultaneously attacked by others. For young people, it’s a time of feverish empowerment and hunger for change. But what is Jackman’s next move?

Why do you think your film “Calling Home” stood out from other material on women and immigration?
I think it has done well because of the bravery and rawness of the women’s voices heard over phone calls. Because their emotions are genuine, I think they are amplified by the contrasting visuals – there is a rawness to their unfiltered voices that contrasts with the delicacy of the visuals. I think that unexpected juxtaposition and the women’s bravery for sharing their stories is what made the film.

So you’re interested in experimenting with the medium of documentaries?
To be honest, I’m not actually sure what a documentary is. In a way, the subjects that I care about are pretty horrible such as sexual violence or state violence. However, I want to make those issues watchable and something people will engage with. It makes me way more interested in blurring the boundaries between fact and fiction rather than straight up depicting violence.

So where did you get the idea to use phone calls actually?
From necessity, but I also wanted to make it feel like being on the end of the phone with someone, how your imagination might create a place that you know exists and what it may look like, but that you can’t see.

I don’t know if I’d be able to handle that emotionally?
Yeah, I’d be lying if I said it wasn’t emotional. However, I feel much better when I’m working and feel like I’m saying something about it rather than letting the silence draw in. I’ve had a really rough 6 months and it has been the first time when I’ve thought ow, I don’t really want to watch that on the TV but that is usually scenes of pointless violence or when rape serves as a rubbish plot device. Sometimes you come out of the edit, hearing some gross stories of gender based violence, you walk out onto the street and some guy’s like “Nice tits!” I think that’s when it’s the worst because you can never be totally divorced from your subject matter.

“That’s everything that art is there to do. We say let’s look at something human in a way that isn’t presented as reality.”

What do you think attracted you to the subject of immigration issues?
I have my own family history of immigrant women or women who have dealt with domestic violence, and it’s a similar story for some of the women in Yarlswood. I think that kind of personal connection to the story – even if it’s a tenuous one – makes you feel it in a more intense way.

What do you think are the benefits of journalism in the form of film when compared to written stuff?
For starters, I think I’m a rubbish writer. I live with an amazing screenwriter / director and I desperately admire what she does. Articles, or written film ideas, bounce off images and it always has a visual starting point. Letters kind of jump around for me and want to immerse audiences in a different way. This is a great time for creatives because people are questioning the fact that it takes so much salience and questioning what politicians mean, what’s right or wrong and that’s everything that art is there to do. We say “let’s look at something human in a way that isn’t presented as a reality”.

So kind of the “picture paints a thousand words” trope?
Er, no. I think film, photography and the written word have different qualities. I’m obsessed with film because I like movement and immersion. The other reason I wanted to make something more cinematic with “Calling Home”, was because after fake news, and everyone bashing traditional journalism, I thought it can be quite isolating. You know, people have voted for Trump, Brexit and against these conventional ideas of knowledge / truth telling. People aren’t believing in things that get shown as true, so surely this is a time to be more creative, because people want to believe in something else and they want to receive the news in a different way.

You’ve discussed assault, consent and feeling unsafe on the streets. Do you think there’s a chance for things to improve post MeToo?
I hope so. However, it depends who is leading the narrative. The MeToo movement was founded by Tamara Burke years ago back in 2006. 10 years later, something started by a black female activist caught on because of a celebrity related sexual assault scandal. I really want to believe that change is here but I’m dubious. With the Times Up campaign, there is a legal fund which is great but we know so many of these cases aren’t reported. The police, or the current legal system we have, isn’t going to make certain groups of women feel safer on the streets – women can still be treated like shit within those systems. From some work with other survivors, I know it made people feel less alone, but I’m waiting to see institutional change.
My main concern with the whole #metoo thing is that people aren’t addressing how the law doesn’t protect everybody equally. Its full of prejudices. As someone who works in women’s services against domestic violence I hear about crap the police can be, from different women who aren’t believed and so whilst it might be a solution to go to the courts, when you’re cutting legal aid and there is still so much racism in the police force, it isn’t going to be effective. But what is important to point out is that there are people using their platforms to highlight these issues – people like Anthony Bourdain, who we so sadly recently lost, who was supporting his partner Asia Argento after she opened up about how it had affected her directly. There is definitely space for men in the conversation, and it is to support and amplify our voices!

Are you working on anything addressing these issues?
Yeah, I’m working on an independent film at the moment with “My Body Back”. It’ll be another creative documentary made from investigation into police mishandling of sexual violence cases and why women don’t report it… that and detention centres are going to make me a very popular filmmaker to the British government!

How do you deal with the blatant misogyny on social media?
The worst comments actually come from Tinder. They find my Instagram, and then they will start sending me messages. It’s like street harassment but ramped up to another level. People will send me the weirdest shit telling me to dye my hair a different colour, or really sexual messages. But, you can make it into a joke. I sent a guy a picture of myself when I cut my finger with blood dripping down it and told him “this will be your blood soon if you don’t stop messaging me”. He left me alone after that. It is good to laugh at this stuff with friends or guys who get it. For women of colour, the stuff they receive is next level. Muslim female friends get some imaginable horrendous stuff as do black women which is something I don’t have to contend with. I get told I’m rude and angry a lot but I’m not bothered about online that much. I get more nervous walking at night alone but I’ve got to the point where I feel like if something bad is going to happen, it’ll just happen again. This girl can’t afford Uber everywhere!

That’s so sad, but I feel the same way. OK so what about the whole capitalism/feminism combo – if I walk into a shop now, I see pencil cases saying “woman power” or T-shirts saying “feminist” – how do you feel about that?
It is a tough one. Some days, I don’t really care because capitalism will market your own shit and sell it back to you. Others, I get pissed off because of things like when Dior put Johnny Depp as their poster boy for the SAUVAGE perfume. They want to market things to women but glorify abusers. Or, with Munroe Bergdorf and L’Oreal, people want activists but not real activists, and when models who are genuinely activists speak truths about white supremacy, they fire them. I hate feminist t-shirts when Theresa May wears them though. Like, babe, is anyone going to think you’re a feminist when your shutting women’s refuges? Then, you realise maybe people will think that she is just because she is projecting that message. I’m not interested in her feminism that doesn’t acknowledge that vulnerable women are literally dying because of these cuts. Like, can you imagine two women die a week and your party is cutting a lifeline, yet you call yourself a feminist? Bizarre.

What exciting projects are you working on right now or in the near future?
I’m taking a little break from my more straight up documentary work. I’m writing a very weird film a woman who falls in love with a CCTV camera, another film about futuristic cures for anxiety and taking on a bit more commercial work to fund it. 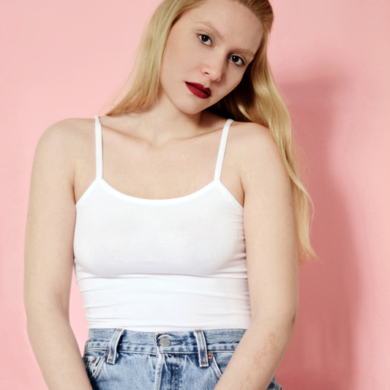 Iliana Kanellopoulou
By continuing to browse the site you are agreeing to our use of cookies.