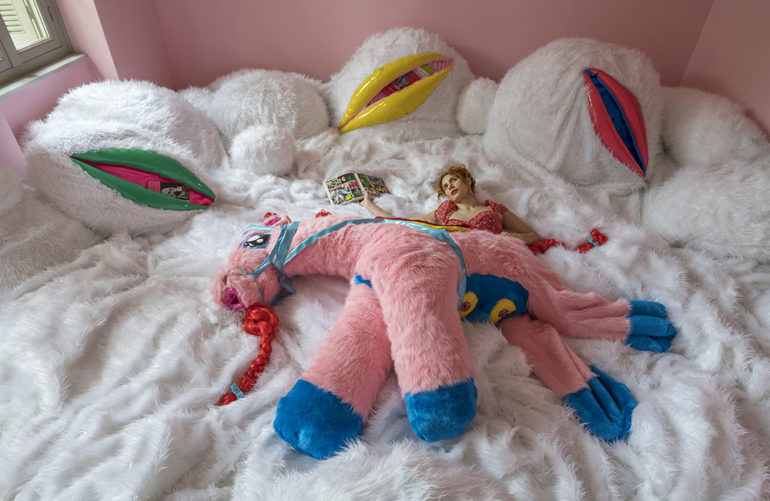 Antigoni Tsagkaropoulou, aka Antigoni Bunny, is an Athens-based artist. Her work combines large-scale participatory installations with interactive and impromptu performances, plush sculptures and furry costumes. Deeply influenced by queer and feminist dialogues, her sources of inspiration also include LGBTQIl+ fairy tales, feminist sci-fi literature, children’s stories, the furries’ subcultures and biology. In her gender-and-age fluid installations, she invites creatures to inhabit the spaces and create collective stories around gender, identity, sexuality and co-existence.

Her latest work, “#TextMe_FluffyLibrary” is a one-year artwork-in-progress that combines the logic of an unconventional library, an interactive installation, a queer feminist fairy-tale. Fluffy Library occupies the rooms of Atopos CVC while it operates as an open library and also as a workshop, producing, through collective ways, an alternative fairy tale. Besides Fluffy, visitors will get to meet a series of monstrous, hybrid letters – D, for a dragon princess, P, for a little masculine (pixie) fairy, M, for a hairy pink mermaid, H, for a horse with breasts and beard, and many more– that will be constructed during the course of the exhibition. Fluffy and its co-habitants, will produce a fairy tale that will celebrate alternative narratives around identity, gender and human and non-human relationships. 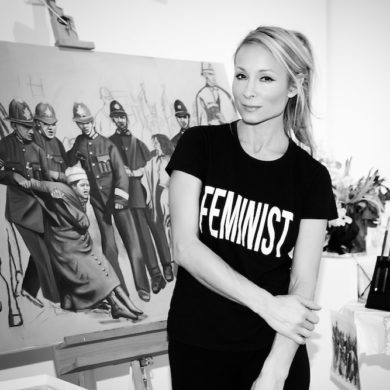 Interview with Indira Cesarine
By continuing to browse the site you are agreeing to our use of cookies.