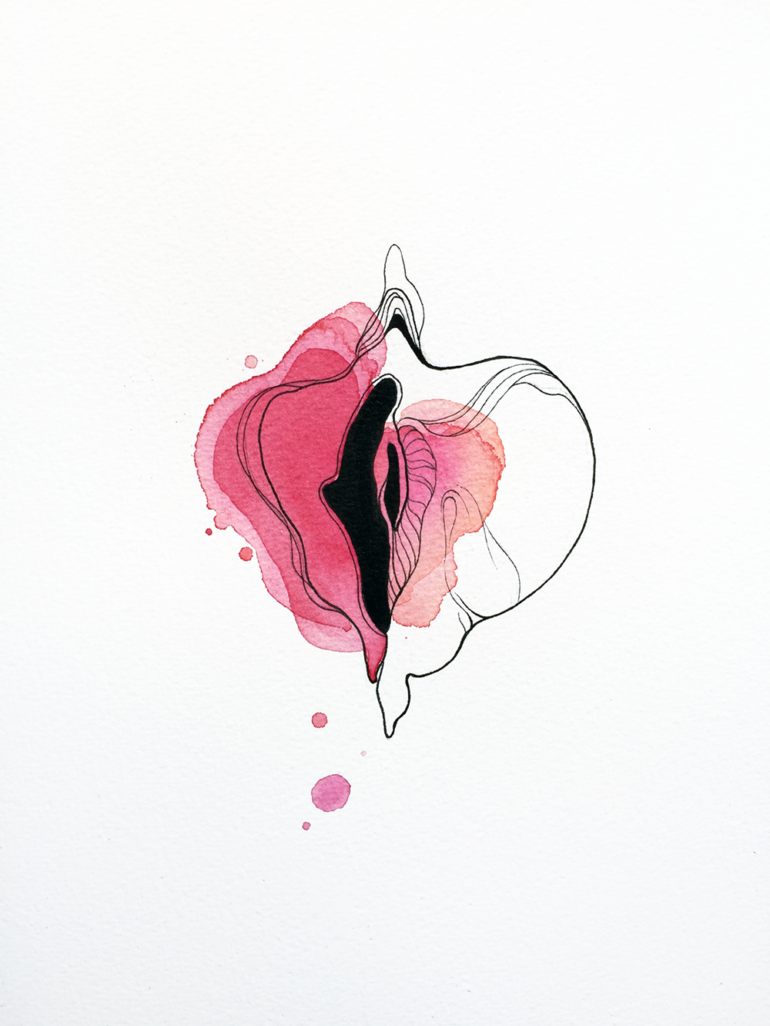 Linda Weissman lives and has a full time job as a Graphic Designer in Stockholm, Sweden but is self taught at drawing. She sees this mostly as a hobby to keep her sane from staring at screens all day, being creative and letting her thoughts run their course.
Linda has received some positive attention for the series “Wet Meadowland’. The name coming from a really old Swedish word for vulva/vagina; fitta.

“Unfortunately it’s being misused as a curse word, like it’s something dirty and I wanted to make a small effort to change that, so I went and got myself a pussy posse to spread the word. I kind of wanted to depict the series with an air of dreaminess to it, with simplified organic shapes that would make you maybe think twice as to what you’re looking at, staring into something unique, diverse and familiar but with a wonder to it. I think it’s pretty cool the more you think about it, because everything in the universe are made from stardust, including us and the vulva has the power to be the portal to life as we know it. I’m always inspired by nature, organic shapes and our most primitive instincts, fears and vivid fantasies. Therefore, a lot of other things I draw might go in the line of sexuality with a hint of the creepy or grotesque. I do like to throw it in the mix of something that’s regarded as conventionally beautiful. I’m not in to provoke just for the sake of provocation, but it is the disruptive things that makes us grow as people. I do like to convey a message and a meaning, even if it’s just a seed by the time I start something.”

Hélène Mastrandréas “Role Model”
By continuing to browse the site you are agreeing to our use of cookies.