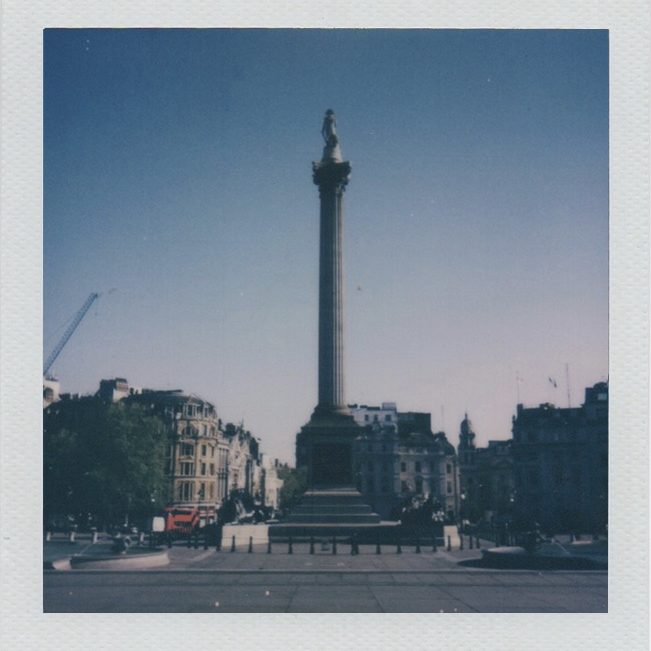 By Kitty Horlick
In Interview

As I photographed a deserted Trafalgar Square, I felt like I was capturing the wake of an apocalypse.

Posting the photos in the group chat, my friends responded with a swarm of 28 Days Later references, and so I assumed that the emptiness of the city would feel strange and unfamiliar to all its residents. But back home, when I laid out the photos for Kate and Richard, my baby boomer house mates, they smiled down at them warmly.

‘Yes,’ agreed Richard. ‘It’s like going back in time.’

Realising the images my friends and I found disturbing and futuristic were throwbacks for Kate and Richard, I wondered what other elements of lockdown are evoking nostalgia amongst older generations and how this shapes their experiences of lockdown itself.

And so, I found six born and bred Londoners, three of them baby boomer and three of them millennial, who were willing to be interrogated. All of them were interviewed over the phone, and asked first to contemplate these photos.

‘Oxford Circus in particular looked very similar back then [in the 70’s]’ says George, 67. ‘London wasn’t deserted. But it was less frenetic than it is now. The pavements were less crowded.’

Population, of course, would have played a part in this. Today there are 9.5 million people living in London. Back then, there were 7.5, and as the British economy collapsed and the wheels of industry slowed, that number dropped, not picking back up again until the early noughties. So, like now ‘there was the sense that the city was being emptied’ George says.

But, as lockdown shows, crowdedness is not just a product of population density; it is also a product of what that population are doing. And in the 1970’s very few people had the money to dip in and out of shops and bars or to fill restaurants and taxis.

‘I used to get given luncheon vouchers from work, which was a hangover from rationing, and I exchanged them for food. The idea of taking a taxi was utterly preposterous,’ says Miles, 63. ‘People just literally couldn’t afford to go out so they wouldn’t.’

George too, spent most of his leisure time during his twenties at home. ‘I would buy a chicken pie and some frozen peas from the local grocers on way home from work, cook it, watch television, then go to bed most evenings. We didn’t go to restaurants because we just couldn’t afford it. We did make the odd journey to the pub.’

Neither Miles nor George express discomfort with the lockdown life style. ‘Being in lock down; being at home a lot more, and watching television and having a simpler life, cooking and making your own entertainment. That’s reminiscent of the earlier part of my life, when there was less opportunity to be entertained by the world,’ explains George.

‘It is nostalgic,’ says Shelia, 69. ‘Doing Jigsaw puzzles, and spending time with the family. This is how I spent my childhood. That photo of Regent Street, it looks like Sunday Close to me.’

My friends, still in their twenties, however, have never before experienced London so desolate or life so confined to the indoors. Their frameworks for understanding these things have instead been shaped by dystopian thrillers.

This creates the sense that we are being propelled not backwards but forwards in time, and again diverges from nostalgia by inviting anxiety over comfort.

‘There’s so many movies where you get shots of deserted cities, and the main character is cooped up in one place because that’s what they have to do to survive,’ says Gamu, 25.

Bella, 26, echoes this sentiment. ‘It’s beautiful, but maybe I watch too many zombie films, and at the beginning, I didn’t want to walk around on my own because I found it so eerie.’

London’s shifting soundscape seems to be having a similar effect.

‘That weird silence. No cars. At first it reminded me of 28 Days Later,’ says Kiarash, 27. ‘And now you can hear birds and I love it, but still, it feels like civilisation has fallen.’

Miles, however, laughs when I ask him about the absence of cars on the road. ‘There was this report, I remember hearing maybe on the radio, but it might have been on the news. There was going to be this thing called the rush hour which would be coming which people had been experiencing in American cities. And during the rush hour, it was possible that you might have to wait at traffic lights for them to change.’

The lack of traffic may have made car journeys – if you had a car – across London quicker, but Shelia, George and Miles, all share tales of the impossibility of public transport. Unable to easily travel across town, their lives contracted around the local community, and much like now, who they saw was a result of who lived close bye.

Throughout these conversations, however, Sheila, George and Miles emphasise that it was not just unavailability – of transport, of money, of things to do – that dictated the slow, 1970’s pace of  life. There was also an element of choice.

Miles turns to Sunday Close to illustrate this. In 1986, The Shops Bill which proposed the opening of stores on Sundays was met with strong protest and voted down in the House of Commons. ‘Not just because of Christianity but because of Trade Unions,’ he tells me. ‘Sundays were for rest. There wasn’t this thing of never switching off.’

‘It’s always troubled me that we seem to have gotten into state of a slightly frenzied way of life,’ says George. ‘A lot of the things that we do and a lot of the activity that people are involved in are, for what of a better word, kind of unnecessary.’

He talks about the changes to his local high street; the presence of a massage parlour and a Botox shop, all the services. ‘How much of it do you really need?’ he asks.

Lockdown has instilled a similar appreciation for rest amongst my younger friends and I. In each millennial interview, we talk about loneliness but also about the relief of being unburdened from social pressure.

‘Did I really need to go for twenty million coffees a week with people who to be honest I’m not sure I even liked that much? And why the hell did I ever pay for a manicure when I can do it at home myself?’ asks Bella. ‘Right now, it’s only my closest friends I’m really staying in touch with, and when we speak, I feel like I can give them my full attention because my heads not all over the place. And I have so much more time for myself, and to reflect and enjoy my own company.’

‘I think it was social media,’ says Gamu. ‘Seeing people on Instagram. It made you feel like you’re a loser if you’re not out five times a week, or if you’re not achieving mass success in your career. But now there’s no way you can live like that, and I didn’t realise till lock down how fatiguing it was.’

I didn’t realise either, but lockdown is the first time in a long time that all night work sessions have ceased to be a necessity.

Grief and a certain longing for the old ways of life are never far from the surface, but I am also uncovering the joys of what Miles so scathingly calls ‘actually using your brain to entertain yourself.’ I’m drawing, and when I read, I’m not rushing to the end for fear of time running out.

I hope that when the crisis passes, I will keep these new habits. But, looking at the ways in which associations structure our experience of lockdown, it seems possible that a day spent reading and writing and lying across the couch taking the time to do nothing will become an uncomfortable mental fish hook, reminding me of this pandemic.

For me, one of the challenges when lockdown lifts, will be resisting the urge to escape the anxiousness of Covid by returning to the rush. When our ability to choose how we live returns, I hope that I choose to keep living slowly. 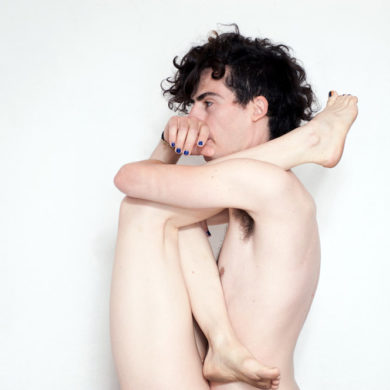 Marga Van Den Meydenberg
By continuing to browse the site you are agreeing to our use of cookies.