By Julia Howe
In Art

Tech-phobia, techtopia, populism, the exponential increase of connection versus segregation: does the WWW really globalise us, or does it form a new shape-shifting idea of ‘democracy’? How does the presence of the internet disrupt our collective conception of mainstream media’s image of culture and political motivation as Big Truth?

New Icons is a project deconstructing a theory around the internet as a new channel for human spirituality: can the internet be a force of magic? We generally view the WWW as a tool to connect with each other, but it can also be used for mass segregation. The web was launched with the idea of a new era of knowledge for all. Less than half the world’s population have access to the internet, so already there’s a sinister underlying truth that all this ‘universal knowledge’ is not reaching the parts it may most need to – over half the world are left in the dark. Every hierarchy is an invitation for revolution, and the WWW itself can be used as a tool to influence political chaos, dissent and manipulation:

“We have one general big illusion that we have to forget: that after all the horrible events of the 20th century, mankind is more wise than before, that direct propaganda has less impact on us because we became more civilised – it’s simply not true” – Peter Kreko, 2018

I began to study perceived opposing extremes – the “Far Right” and the “Radical Left”: I realised soon that mostly people stand with a foot each side of the deepening ridge in the ground – the people that politicians and cooperations with varying motives silently use the internet to try to influence. The web can’t be dismissed as a force of evil – in itself benign, driven by age old tropes of the human condition. As we know from the fickle behaviours of humanity, we are highly unpredictable, and voracious in our pursuit to attach ourselves to one another against the perceived threat or the ‘other’.

Rising populism echoes across Europe as more concerning schools of thought continue to simmer – giving rise to leaders like Viktor Orban in Hungary, who has introduced policies such as banning independent media, and aiming to create a more ‘homogenous’ society by blocking asylum-seekers through his slogan “Procreation Not Immigration”. In Greece, the ruling party is named “New Democracy”. In Ukraine, Volodymyr Zelensky (who began as a comedian/actor playing the president) has been elected as the actual president. This suggests one overarching point: when faced with an overwhelming lack of clarity, people go to simplicity and even subversion when planting their feet in the ‘position’ they choose to take. The people are ridiculing the outdated mode of democracy as we know it. The 2010s, when reflected over social media channels, interconnect waves of cynicism, satire, and boredom.

“Nationalism, religion and culture divide humankind into hostile camps and make it very difficult to co-operate on a global level.” – Yuval Harari, 2019

These words can feel weighted with the inevitable – how can we ‘remove’ culture? Culture is one of our most defining values as the human race. But nationalism is already re-defining itself with the increase of the internet bringing global issues to the forefront. Could it be that the current mood of hysteria is at an exponential rate because we are addicted to all this bad news? To so much disaster? Perhaps it has always existed, as we each face our own looming apocalypse. So what now? If Liberalism as we know it is dead, then the concerning factor of all this waiting around is what will rise over the hill to meet us, as the Earth keeps turning on this vast global civilisation.

In comment sections, forums, feedback, reviews, DMs, our desire to belong to the collective prevails – tribalism continues to direct decisions in economic and political systems. We care so much about connecting, that technology becomes an emulation and a secondary replica of this endeavour. We can do anything with these forces of power – so we continue to re-tribalise ourselves over and over – into ever larger groups. And since the model of tribalism we are most familiar with is political and cultural affiliation, we slink back into easy, comfortable opinion that can be demonstrated through a lazy string of words online, a couple of sentences we regurgitate in a new order to the ones we read yesterday: in an effort to provoke positive change, we can be found wanting.

“Even if every individual possessed the truth in private, if they came together into a crowd, untruth would at once be let in.” – Kierkegaard, 1846

In some ways this comment is conciliatory: knowing that the crowd has always been a force of collective untruth, a mass of confusion pulsing with unpredictability. It renders us less alone, less unprecedented in our Anthropocenic horror show.

But what does the internet mean to us collectively? In an effort to articulate my theory of connection between spirituality and the WWW, I look to people’s current belief systems – in an animal that came to evolve through and beyond competition, the social media model is one well prepared to fan the flames of those deep set desires of joining forces. When we look at the post-truth world, we can assume this phenomenon has existed forever, only the current media message is all pervasive, unregulated, omnipresent: this is the nature of now.

We remain convinced that logic is always ‘stronger’ and ‘more truthful’ than spirituality. But in a world where the spectacle of what we see (produced by mass-media technologies) can’t be understood as truth anymore then there is a worldview that has moved beyond the objective. It becomes increasingly challenging to encourage ourselves to look at the spaces in between the constant visual stimulation: the grey matter. Each spectacle becomes the truth because it is repeated so constantly in our daily life. The visual is at the heart of modern society’s reality – in short, the spectacle becomes the dominant model of living.

What’s occurring as we currently traverse from using mainstream media as a model of ‘reality’ to our own crowd controlled media, is a Tower of Babel effect upon how we uphold our collective impressions and expectations. There is a unique and restrained, and arguably damaging, kind of collective comfort in a mode of society where we all can be grouped up, for example by national or cultural groups into what is pertained to be the ‘norm’ of societal function, and to be steered blind into what is acceptable and expected: and how does the advent of social media disrupt this chain of events? We can no longer look at our expectations of reality through a familiar collective lens. Perhaps the lens itself has reformed: from a singular looking glass to thousands upon thousands of prisms, different icons and screen-names attached to each one, rearranging the very essence of what we cling to as the visual reality that is sculpted by mainstream  media. We can no longer find links between mainstream and social media with regard to how they inform our perception of function, position and belonging of the individual within any given society that is now dominated by the social media phenomenon. The value of truth has become obsolete.

Consider the possibility of seeing the WWW as a super-human force for connection. It can be compared to the mycelium fungi that exist in an intricate neural network that transfers information right under our feet – all over the world, just a few inches into the dirt. Mycelium, like the internet, exist in an ever connected, invisible web. They are encoded into the natural patters of the planet and transfer information from one plant to another. Is the internet not just a human version of that, travelling via airwaves or coursing through thick lines along the bottom of the oceans? It may be overwhelming that we exist at this level of connection through technological artifice, but it is still drenched in spiritual desires of base humanity in its unmatched provision for connection through an intangible force. Indeed, though it can be explained through science, the WWW strikes as a new found spiritual chasm – this is the great connector.

We collectively assimilate ourselves with one side over another – right vs. wrong, good vs. bad, black vs. white or vice versa, when in reality, no story can have a narrative consisting of less than a chamber of infinite aspects. When we go deeper into our world of loyalties via cultural symbolism and semiotic affiliations, we have to look at logos, slogans and collective concepts of super companies and international cooperations – from fast-food chains, to tech providers, to banks and cafes and brands: we must consider them as cultural mirrors of now. New Icons aims to elevate those logos from their intended setting to allow people to question their own sensory reactions to them – in theory this is thereby dividing their intellectual and emotional endorsement of the logo and what it represents. It must make them remember that a symbol does not hold power in and of itself. Or else, the closure of the Anthropocene will be marked by the stamps of peak consumerism, as a farmer brands his cattle with a burning iron.

I began to present text from social media comments as large-scale images.  The availability of these comment sections can draw us into the frenzy of our current means of communication. As we launch into a globalist democracy of communication, it allows us to speak – 24/7. These comments were not selected on the basis of agreement, agitation or emotion. I studied comments I felt to be an effective collective archive of our current communicational warfare. An element of comedy is introduced on releasing them from the comment section and giving them more import than the author intended.

I realised that to look at a post-tech era, we need to look at the nationalist roots of various cultural iconography – not to dismantle, but to compare how these icons cause us to feel when we look at them. I thought of symbols of UK nationality that were every-day until relatively recently, when theoretically, through the rise of the WWW, these objects that held strong values of collective identity become now archaic and sentimentally void. Symbols of nationalism in a time divided by so much more than physical constraints and borders, are strange to look at now without revealing an element of the uncanny. A symbol of a past so recent, it gives the impression that time is speeding up.  They will be presented suspended in resin to allow people to explore how they viscerally react to these formerly evocative symbols of a nation state: teabags, safety pins, an old pound coin etc.

New Icons explores the different aspects of this concept of cultural iconography that presents the internet as a new realm of embodied spiritualism. We must question everything about the cultural revolutions of the zeitgeist in which we live – whenever and wherever that may be. We live in an age of technological bewilderment that is reforming our cultures by the second: but it doesn’t have to be the era of doom. 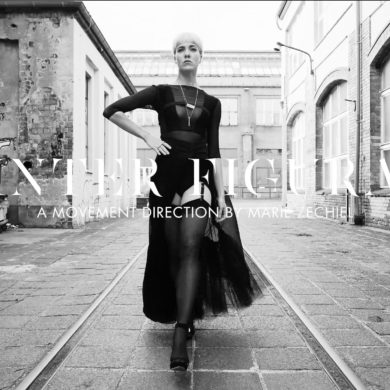 INTER FIGURA
By continuing to browse the site you are agreeing to our use of cookies.