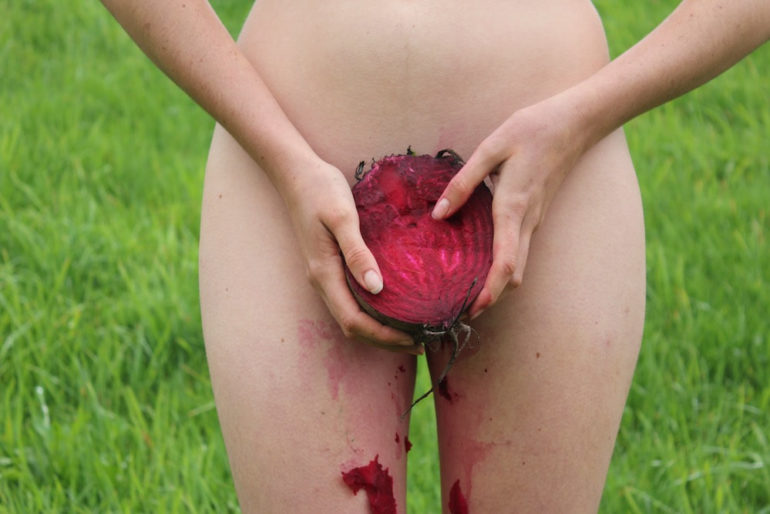 Noelia Contreras is an Argentinian architect, although she doesn’t identify herself as one. After leaving her hometown she settled in Berlin where started experimenting with different forms of expression such as writing, painting, illustration, and photography; Instruments that she uses to understand and decodify a new environment, context and people. All submerged in what she calls: a ‘Neutral Ocean’, which is filled by new language connotations. Her work is a result of constant discovering and interaction between outside and her inner world, which has a reminiscence in her femininity.

The series ‘In Utero’ in conjunction with Natalia Santolaria, contemplates an immersion in nature, somewhere at the foot of the Alps in Switzerland. Together they recognize in this new environment symbols, behaviors and forms that, as women, feel their own.

“I can easily recognize when my period/ovulation is coming because I start to draw like I can’t stop it. I start to sprout wherever I am, mostly on the subway. I can’t stop bleeding out of my hand.” 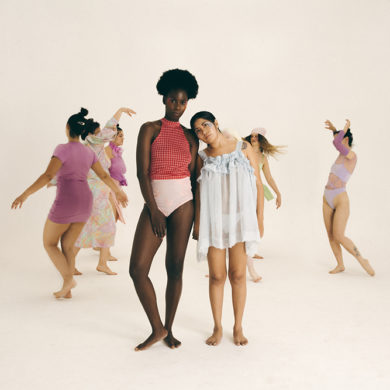 “TOGETHER”
By continuing to browse the site you are agreeing to our use of cookies.