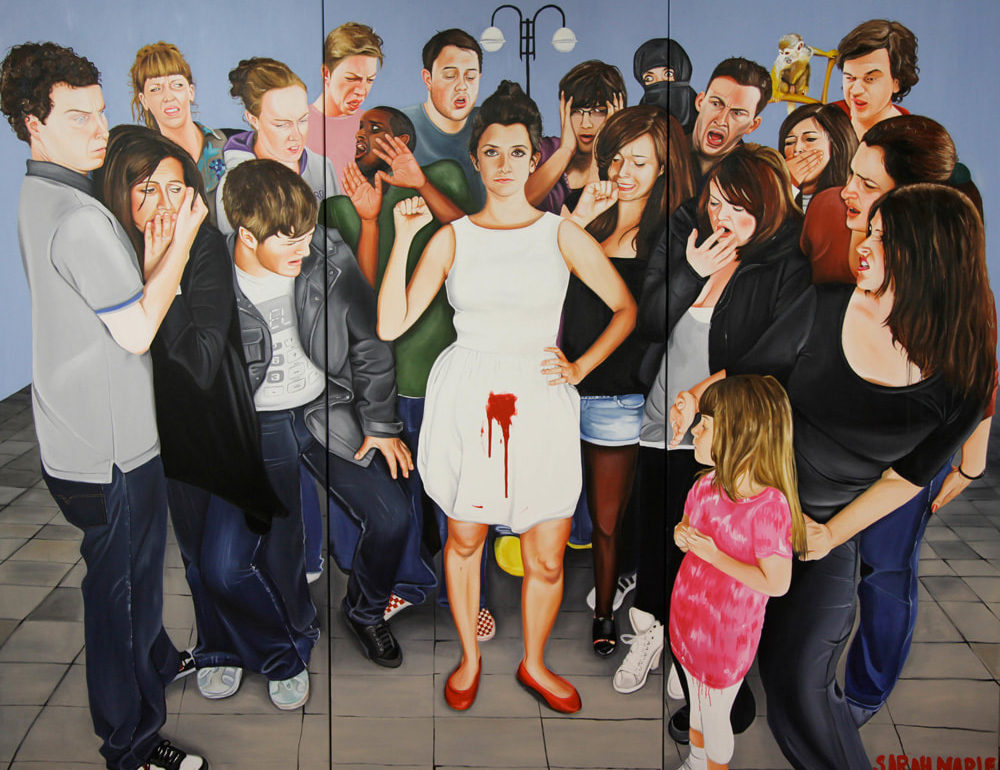 “THOUGHTS AND PRAYERS” SOLO EXHIBITION AT THE UNTITLED SPACE

The Untitled Space gallery is pleased to present, “Thoughts and Prayers” a solo exhibition of works by artist Sarah Maple, curated by gallery director Indira Cesarine, opening January 22, 2019, and on view through February 3, 2019.

Sarah Maple is an award-winning visual artist known for her bold, brave, mischievous and occasionally controversial artworks that challenge notions of identity, religion and the status quo. Hailing from Britain, this will be the first solo exhibition of the artist in the United States. Much of Maple’s inspiration originates from being raised Muslim, with parents of mixed religious and cultural backgrounds. Maple’s pro-feminist artwork provokes a dialogue with her sharp humor and satirical eye. She fearlessly addresses what it means to be a Muslim in the Western world. Her taboo-breaking artwork fights against censorship as she investigates themes of politics, violence, freedom, feminism, and the ironies of pop culture. She often employs self-portraiture as a vehicle for her narrative, or engages guerrilla-style performance as a means to convey her message.

“My work is largely motivated by my upbringing as well as my interest in activism and gender politics. Citing current affairs I create works that provoke the viewer through satirical, tongue-in-cheek commentary. My mother is a Muslim from Kenya, who married my British father in the 1970s. She raised me as a Muslim in the UK and sent my siblings and I to a Catholic school. Much of my work examines the duality of my multicultural upbringing and the conflict of identity among young Muslims living in the western world. I began to explore these themes after reflecting on Muslim identity in Britain post 9/11 and 7/7 and the impact of the Iraq war. Motivated by the current political climate and being from an immigrant background, these subjects are close to my heart as I question notions of identity, belonging, and “otherness” in my works. I see many parallels between the UK and the US, especially with Brexit and the Trump election. The gun debate is something especially intriguing to the British. The threat of terror is continually focused on and yet nothing is done about gun laws. When officials offer up “Thoughts And Prayers,” it appears hollow and insincere. I am interested in how a lack of action directly and/or indirectly inflicts suffering and potential violence on its citizens. Also inspired by feminism and gender politics, my work aims to challenge deep-seated ideas about what it means to be a woman. I am interested in the role shame plays in women’s lives – how we take up space in the world, our physical appearance, bodily functions and “blame culture.” I explore the ways we can change the visual narrative for women as a form of empowerment. The medium I choose is determined by the strongest way to deliver my message; hence it is constantly evolving across a wide variety of media. Self-portraiture, for example, offers the possibility of taking ownership of our image. When we photograph ourselves, we have complete control over how we want our selves, our gender, our femininity, and our sexuality to be perceived by others. Humor is also an important element in my work. I often use a “Trojan horse” to get my message across and sometimes I just like to point out the obvious as this can be the most direct way to highlight how ridiculous something is. I used to accept a lot at face value but when I discovered feminism it motivated me not only to question the role of women, but also the preconceived ideas relating to all things in society.” 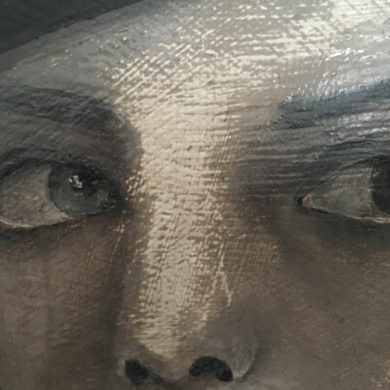 Erriott Bleach
By continuing to browse the site you are agreeing to our use of cookies.