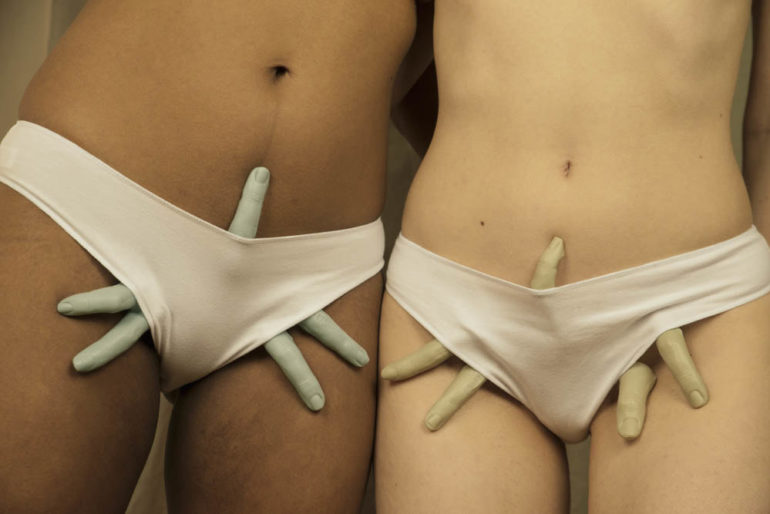 Born in 1987 in Italy, Clotilde Petrosino is a freelance photographer and artist based in Rome, Italy. She works both with digital and film photography. Most of her projects aim to explore human identity issues and sexuality matters. Some of her works have been awarded at international competitions and exhibited in London, Berlin, and Spain.

“We are men we do have balls. This is something I’ve learned since I was a child. I’ve always been interested in playing with boys, instead of girls. Even photography has always been considered as a men job and several times in life I’ve heard the phrase “It’s a man job, you can’t do it”. Sometimes when I feel a bit insecure that phrase comes up in my head. Through time I’ve started to answer to that voice in my head: “We are women we do have eggs”.  And this has been starting point and the idea behind this series. I wanted to play with the female body and body parts through role play and mixing both female and male genitalia shapes. I’ve decided to partner with Veronica Meruzzi. We wanted to represent that creepy feeling that resides in all the misbeliefs and legends around vulvae and women diversity.” 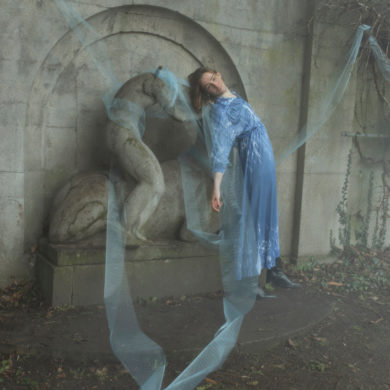 Isabel Spantzel “dresscode”
By continuing to browse the site you are agreeing to our use of cookies.