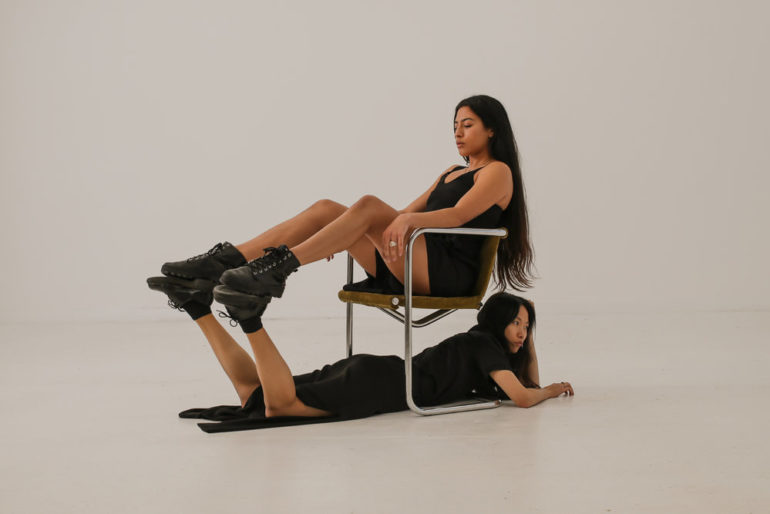 Fiona Jane Burgess is a filmmaker/musician based in London. For this project, Fiona has teamed up with Marina London to create “Women For Women in Black“, an inspiring and beautiful campaign, including some incredible women all wearing MARINA in black.

“With this film I knew I wanted to make something playful but with a twist, and since it’s Marina’s first black collection I liked the idea of incorporating dark comedy into it. Marina knew that she wanted to involve women in the film that were in some way connected to her or the brand, so I wanted to find a unique way to show these women in the film by giving them scenes to enact. I wanted the film to be surreal and funny, so I just started writing down scenes I thought were a little bit absurd or silly. There were a lot of scenes that I hadn’t tested out, like whether or not the dress would work hanging around Alexa’s neck, but it also meant that there was room for improvisation and we could be a bit spontaneous, which I love. I’m so pleased with the result, and I’m so thankful to Marina for trusting in my ideas and also to all the women in the film who brought so much energy and charisma. It was infectious!“ 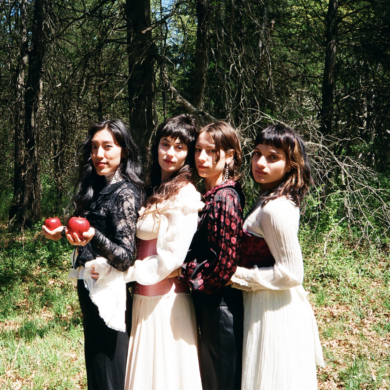 Sedona outlines the ups & downs of a love affair coming to an end in new track “Bullseye”
By continuing to browse the site you are agreeing to our use of cookies.