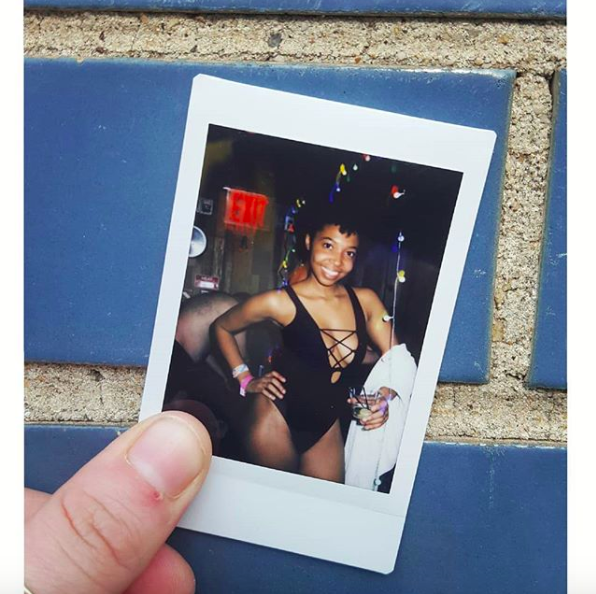 Let’s Talk About Real Sex is an instagram account founded by queer artist Nicole Keimer, that aims to showcase a more honest depiction of sex and to encourage communication around sex. Pairing instant photos with quotes from authentic conversations with people, @letstalkaboutrealsex features an aesthetic in contrast with the polished and overly-posed images we usually see on Instagram. Let’s Talk About Real Sex was part of our exhibition “Sex & Consent” at WHOLE festival 2019, and we took this opportunity to have a chat with Nicole to learn more about her project.

Tell us about your project “lets talk about real sex”, what’s the concept?
My Instagram account is about showcasing honest depictions around sex. Media showcases sex as ‘sexy’ and uncomplicated and easy. But sex is where people bring their vulnerabilities, traumas, and emotional complexities. So when people are having sex and it gets emotionally messy, they think the relationship is wrong and project it onto the other person. But it isn’t the case. Sex can create moments, whether intentionally or unintentionally, we hurt others when the person we are with is quite vulnerable. And that hurt is then carried over into future relations and relationships that can cause hurt to others. We all have patterns that we repeat as a result of our own past trauma until we become aware of our patterns and actively work on changing our patterns. It can become a cycle that doesn’t end. Whether it is a one night stand or a relationship, we all bring our shame and insecurities into sex so hopefully we can move to a place where we are aware of what we bring and are actively working through it. So ultimately I am hoping to create a conversation that can create more authentic and honest relationships and that can lead to at least a little less hurt in the world.

What prompted you to start the project, and why do you think it’s important to talk about real sex?
Touched on above for why it is important. People being honest about their emotional and mental states leads to better sex as well as helps break the cycle of projecting pain and passing it onto each other. I was inspired by the blog PostSecret, in which people share their secrets anonymously and heal in that process to realize they are not alone. I also volunteered for the Suicide World Health Organization for many years and I received more calls from people who were lonely than who were in immediate danger to themselves. Even in an increasingly technologically connected world, people are not creating meaningful connections with each other and are feeling isolated. At its core, sex is about connection and it is important for both our survival and mental wellbeing to healthily connect with others.
Also I have had many sexual experiences in which people either openly and healthily worked out their trauma with me or subconsciously projected their pain onto me. I recognize now that I absorbed and internalized their trauma, in cases that were not healthy, always feeling it was my fault, but as I’ve grown older, I realize it wasn’t about me. Perhaps I would have had a healthier relationship with myself and my sex life sooner if I realized that it was about them, not me, and I think so often people internalize other people’s traumas without knowing it.

Whether it is a one night stand or a relationship, we all bring our shame and insecurities into sex so hopefully we can move to a place where we are aware of what we bring and are actively working through it. So ultimately I am hoping to create a conversation that can create more authentic and honest relationships and that can lead to at least a little less hurt in the world.

Do you think there is a lack of diverse representation and a lack of honest conversations around sexuality in our society?
Absolutely. I spent years believing I wasn’t deserving of sex because I wasn’t a size 00 or wasn’t blonde, etc. but sex is an integral part of the human experience – even if you choose not to have it – and it is for everyone, not just who the media shows. If people can see their bodies and experiences represented in sex, they can realize they are worthy and deserving and that people find them desirable. There is no singular definition of sexy and no one way to experience sex.
Also visually, in the age of social media, nearly every image is the result of “perfect” angles, dozens of takes, filtering, and photoshop. My visual medium is a one-time instant photo. It is important to bring real images to the real conversations as well.
Also, because connection is so important, what if we started with the tough stuff? What if you went into a sexual encounter honest about your trauma and even if you were with that person one night, that person was honest with you too and you could both be there for each other in the ways that you needed and genuinely connected? It isn’t about love – it is just about respect and basic humanity.

You have featured many inspiring stories on your account. How do you get in touch with the people you interview?
For the majority, I approach strangers on the street or the bar or the park, etc. I ask them if they are willing to talk to me about their sex lives. I’m always surprised how many more people say yes than no.
I want to diversify the stories as much as possible. Ultimately it depends who says yes when I ask someone if I can ask them about their sex lives.

Your project is only present on Instagram. Do you consider instagram as the best way to project your voice to your audience?
I am a social marketer by trade so with that, I know Instagram has the best possibility for organic growth and discoverability. No other web presence allows for the build of genuine community like Instagram does at this time, even with the challenges Instagram brings around censoring sex, so for now, Instagram is my preferred platform.

If people can see their bodies and experiences represented in sex, they can realize they are worthy and deserving and that people find them desirable. There is no singular definition of sexy and no one way to experience sex.

Did you ever have to face prejudices of any kind in relation to your project?
Not sure if it is quite a prejudice, but there are some tough topics. Most recently I featured a candid story from a straight male who told me he is attracted to insecure women because he is insecure. It received the most comments and anger to date, which I completely understand, but it is also how he approaches sex, so I didn’t want to omit it. It’s real. But my biased hope for that particular story was that a partner who has experienced feeling less than because of a partner and internalizes that and feels it is their fault reads that and realizes it isn’t about them. There is nothing wrong with them. It is their partner projecting their issues.
And in reverse, I hope he and people like him are encouraged to self reflect after reading the reactions people had to his story and perhaps the cycle of trauma starts to weaken a bit.

what do you wish to achieve with your project next?
I want to expand demographics. Particularly I would love to visit a seniors home and profile stories from people over age 70. What did you learn and what is sex now? Often we don’t hear those stories. I would also love to hear from other sexual “fringes” like priests and sex workers. We assume they are widely different in their opinions on sex but maybe they aren’t. 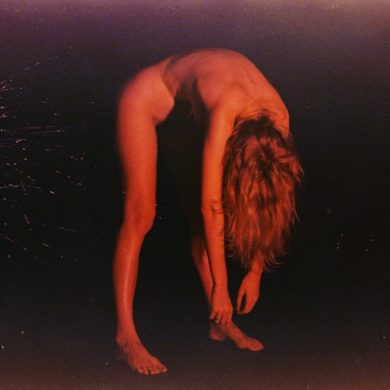 Brandy Eve Allen “GESTURES/SUNKEN DREAM”
By continuing to browse the site you are agreeing to our use of cookies.