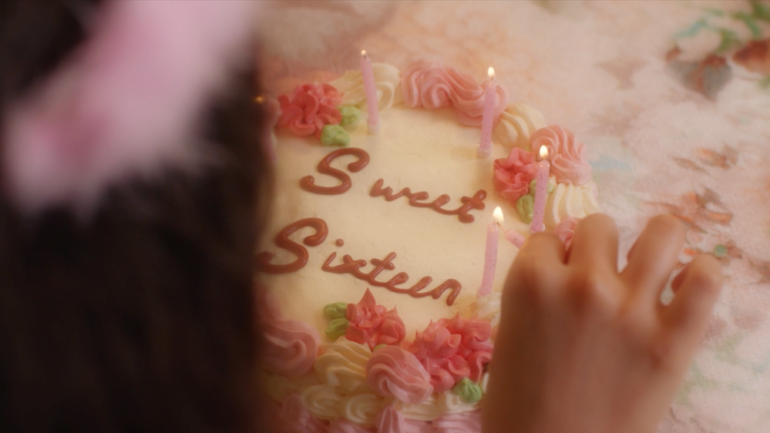 Katharina Hingst is a filmmaker born and raised in germany where she was adopted at 3 days old with a mixed background of Puerto-Rican, Brazilian and Greek origin. She has since traveled the world following her roots and has lived in Puerto Rico, London and the US. For several years she gained experience through all stages of film making while working alongside top industry professionals and executives; she filmed “The Grand Budapest Hotel” with Wes Anderson, and was an Assistant Director for Warner Bros. Katharina has then been focusing on developing her own projects aiming to add a strong female voice to the male dominated film industry.
Her short film BLOODY HELL@bloodyhellfilm is a poetic portrait of a teenage girl living through the emotional stages of PMS whilst desperately awaiting to start her first period and enter womanhood.

“PMS can be a confusing challenge for a lot of women. It can throw us off track month by month and we aren’t really taught how to deal with it. The hormonal imbalance can have severe consequences like falling into depression or anxiety, feeling overcome with anger and impulsive rage as well as craving all the foods in the world to only leave yourself feeling sick after. Especially as a young girl, when you haven’t experienced these kind of emotions before it can become life consuming and hard to handle. You start to think you’re not “normal” or “psycho” when really it’s just mother nature putting a magical spell on us. I wanted to portrait this emotional rollercoaster in an artistic, dreamy and slightly abstract way by telling the story through beautiful and unique visuals. The aim is to make it less of a “gross” taboo topic and encourage young girls not to be ashamed or feel abnormal but to embrace their femininity with all the challenges it can bring.“ 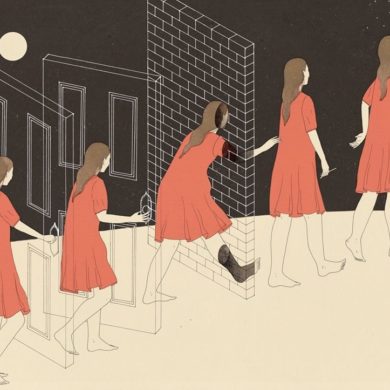 Harriet Lee-Merrion
By continuing to browse the site you are agreeing to our use of cookies.