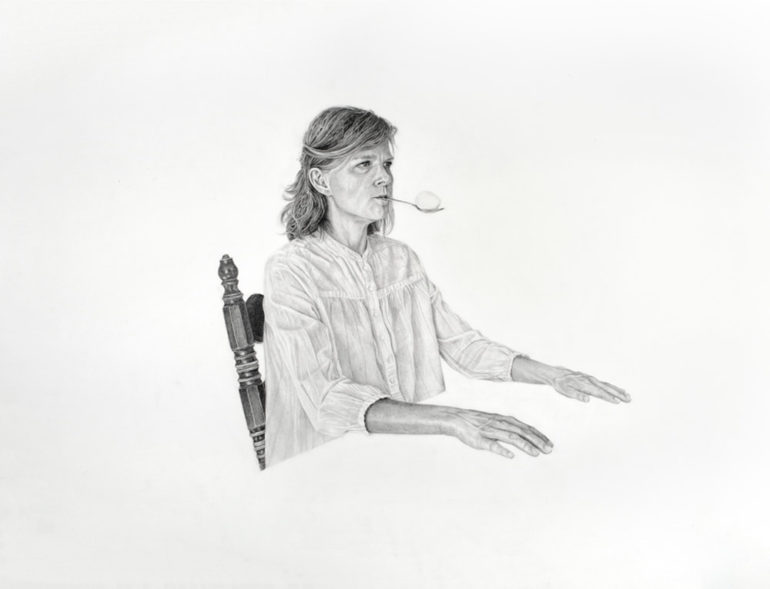 Katie Evans is an artist based in Florida, who graduated from Flagler College in the fall of 2015 with a BFA in Fine Art and a BA in Graphic Design. When she’s not making art she enjoys practicing yoga, exploring state parks, and thrifting for objects that will inspire her next drawing.

“I draw feminine figures and objects in private, undefined spaces. The women are in ritual like poses, repressing tension and desire. These poses act as an endurance exercise of sorts, allowing the women to re-align themselves to a relaxed state. The still lifes I draw are often made of silver and glass – a material that the world can be viewed through and another that reflects it back.
I search for meaning, albeit invented through my drawings; the resting of a chin on a shelf, the slow swinging of a bell on a string, the light reflecting through the glass of a salt shaker. Alone these things are trivial, a mere happening in a private space. I impart meaning to them while drawing them over an extended period of time, often months. I declare these things are purposeful with every hour spent scratching pencil to paper, my concentration and movements becoming a ritual in and of itself.“ 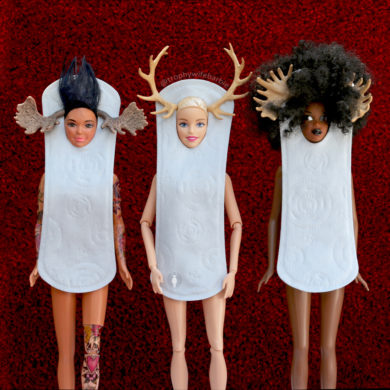 Trophy Wife Barbie
By continuing to browse the site you are agreeing to our use of cookies.