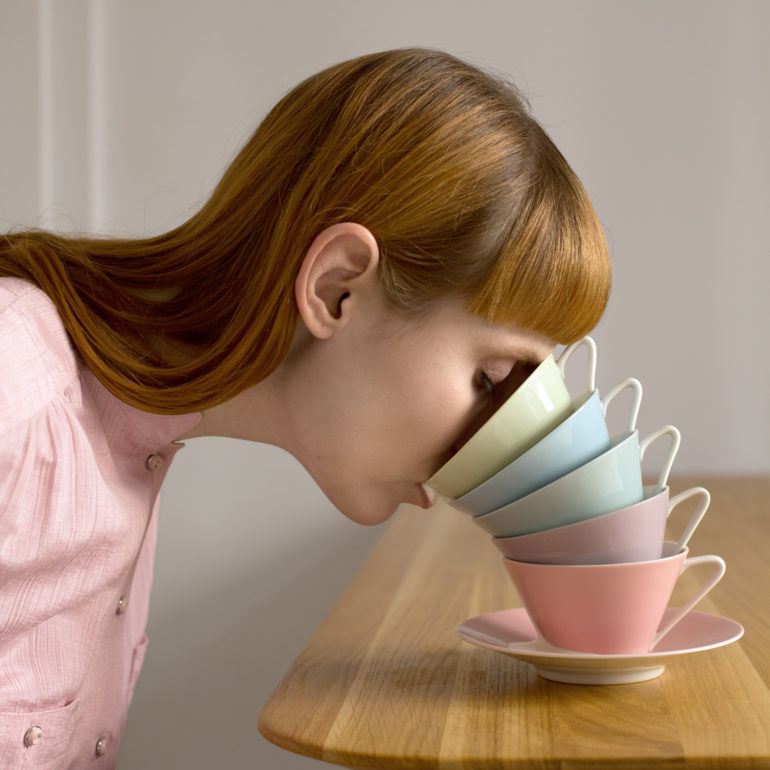 Luisa Hübner is a visual artist based in Vienna, working with photography, video and objects. Her own body and the play with it are both tools and recurring themes of her work.

In her photo series “kitchen” Luisa is interested in the absurd and decontextualized use of kitchen objects on and in relation to her body. Inspired by contemporary Pop Art and “Alice in Wonderland” she playfully experiments with the paradox of “non-work” of traditionally female domestic activities. The visual imagery shifts between design and advertising which results in ambivalences of humor and melancholy, of obsession and playfulness. Meaningless occupation of the woman with household utensils can neither be rationalized nor be reinterpreted as an “expression of affection”.

I am playing with the idea of food. For me it’s not a “bad habit” but a passive aggressive way to deal with gender stereotypes. “The way to a man’s heart is through his stomach”, my grandmother used to say. But her conditioning attempts failed. 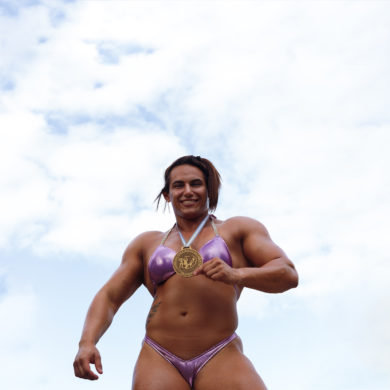 Danna Vitorino “MUSCULOSAS”
By continuing to browse the site you are agreeing to our use of cookies.