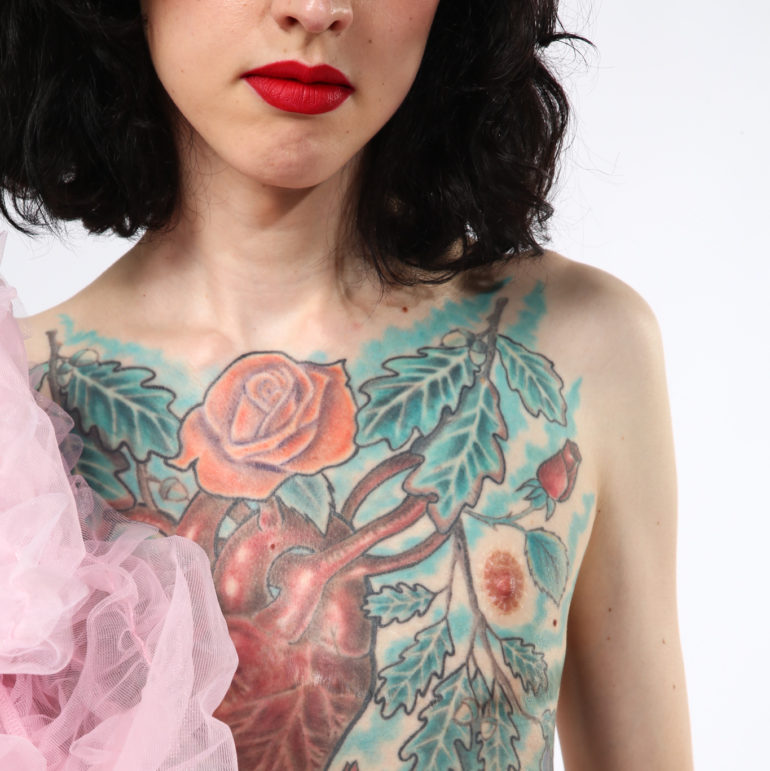 ” ‘A Rose By Any Name’ according to Blondie’s lyrics, is a lover whose red-and-black, cigarette-smoking sensuality transcends gender, effectively “queering” the singer’s sexual orientation. Not knowing the song, I decided on roses as the centrepiece of a torso tattoo that I started immediately after my mastectomy had healed off. The choice was by no means deliberate. Both the allure of the red, fragrant blossom and the distance it creates through thorns were qualities that resonated with me even when I was still a man. And thorny my road to womanhood was.
Unlike other female de-transitioners, I barely faced the social repercussions for “female masculinity” that tomboys or butches recall from their youth. In contrast, femininity is what I have been denied, or shamed for relentlessly. Early 20th century incarnations of feminine beauty became my inner desire and unattainable ideal to strive for. Often, those glamorous images were bound to rose notes in perfumery, but again, rose oils and waters have been used for centuries before and have always been as ambiguous in regard to gender as the hermaphroditic plant itself.
And ultimately, another trait of the rose makes it “my” flower: its resilience. A rose is a plant that blooms even after being cut down, just like the challenge of my life has been to recover from a hurtful past.” -Eli 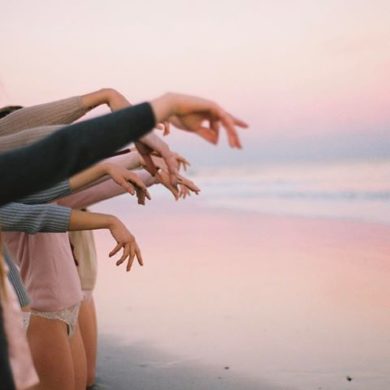 Kimber Beck
By continuing to browse the site you are agreeing to our use of cookies.