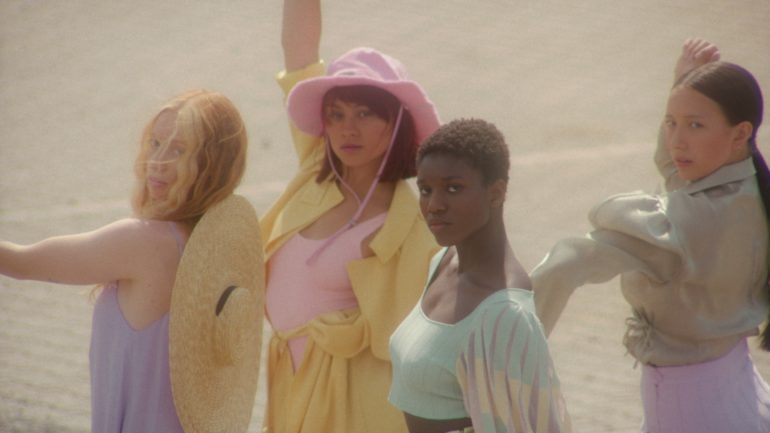 After her first short film “Bloody Hell” – a poetic portrait of a girl experiencing her first period – Berlin-based directress Katharina Hingst has been developing more film projects with the aim to add a strong female voice to the male dominated film industry. Premiered today is Katharina ‘s new film: a moving set card introducing the fierce Girls of Esselle – a Casting Agency for dancers. A smooth piece of dance and girl power in dusty shades of pastel tones.

“This project was super spontaneous and originally planned as a photo shoot. When the girls from nobodyreadthetext_ approached me with the idea to make a film for a casting agency for dancers, the first thing that came to my mind were set cards.
I thought of my own casting process, as I always try to find more than just photos of people looking their best, which feels staged and doesn’t tell much about what defines their character. The best way to really see beyond pretty visuals is to see the talent move in situations that aren’t classical casting settings. Which is where the idea came from to create somewhat of a moving set card for this film, so each dancer can show their skills AND personality.
We put the idea forward to the girls on the roster of Esselle and got super lucky with a great ensemble that was available and interested to work on this with us.
I used their original set cards from the website as inspiration and wanted to intro each girl in a solo as well as a group performance, so potential clients could see their dynamic as individuals and in the group. I let the girls decide what they wanted to show in their solo parts and used a choreography they pretty much had to learn on the day for the group part.
Starting with the smooth synergy on set with Lars behind the camera, and continuing in post, with Felix in the edit, the film came to life – completed with amazing support from the team at TRO who composed the entire song from scratch, and a tireless session in the grade with Delfina who transferred the heat the girls brought to the shoot on to the colours on screen…” – Katharina Hingst 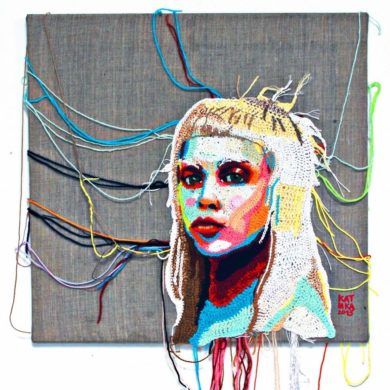 Katika
By continuing to browse the site you are agreeing to our use of cookies.