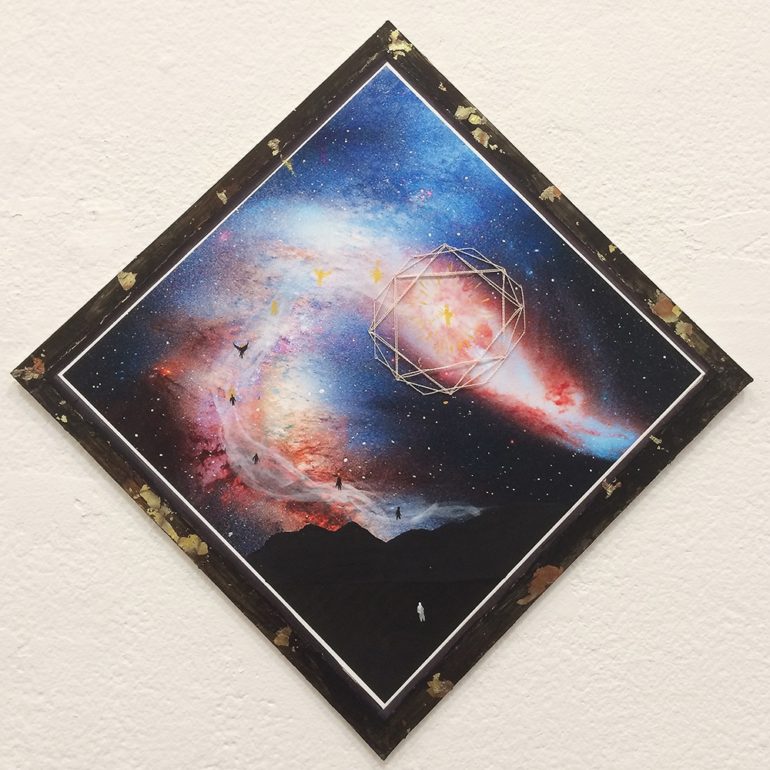 Sarbani Ghosh is an artist living and working in Brooklyn, New York. She has a BFA in Graphic Design from the University of Miami, and an MFA in Painting and Drawing from Pratt Institute, in Brooklyn. She has exhibited at Art Basel Miami, FRIEZE New York, The Boiler | Pierogi Gallery, and numerous group shows in both Miami and New York City.

“My parents immigrated to the U.S. from India in the 1970s, leaving behind a rich history for a blank slate. Growing up, I was always caught between Eastern and Western culture; never being accepted in either side, I decided to make home in a third space between the two. I am fascinated with intersections of Indian and American culture. Most notably, I find similarities between Hindu mythology, astronomy, and the Kantian sublime. The monolith from 2001: A Space Odyssey reminds me uncannily of the Hindu goddess of time and destruction, Kali. I am constantly chasing glimpses of cosmic power. I depict meetings of humans with the unknown in a mystical universe. The culture of the tiny people I paint has an eternal curiosity for the celestial and supernatural, a curiosity that drives their myth, religion, and science. I print out digital collages manipulated from stock photos from the internet. I paint on top to create the mysterious occurrence in the image, and afterwards I embroider the image to add minute detail. Gold leaf and embroidery grant importance to whatever is depicted, making it a sacred object. Combining folk art and digital image creation mirrors the melding of ancient myth and modern philosophy.”

Igor Pjörrt
By continuing to browse the site you are agreeing to our use of cookies.