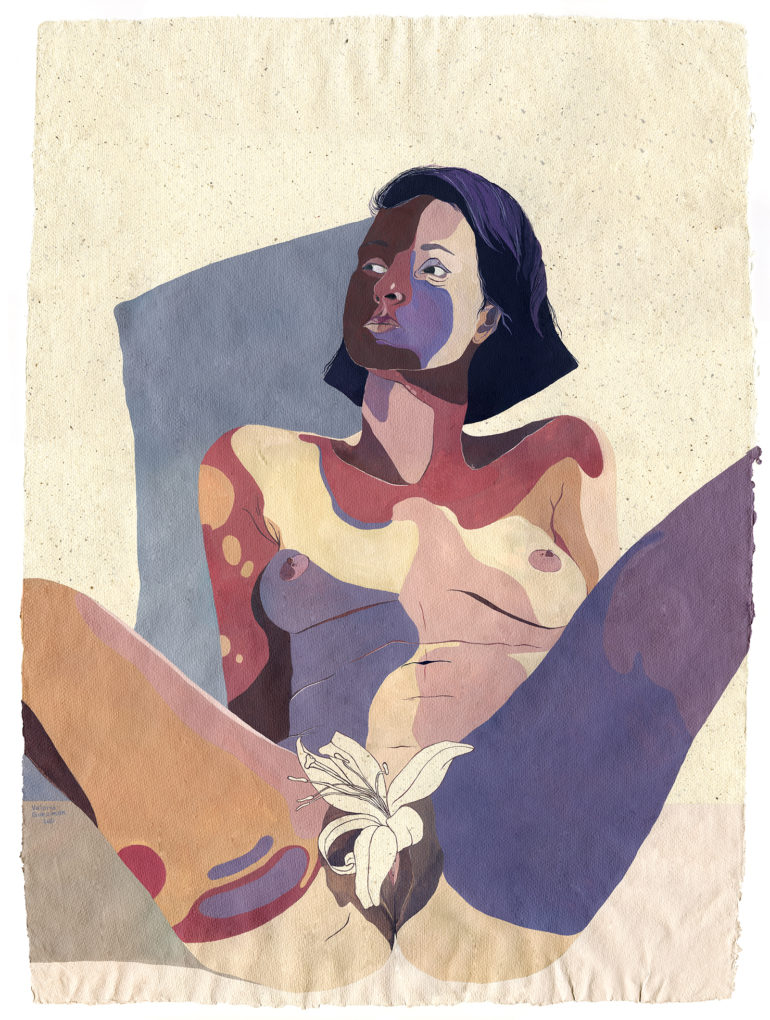 Valeria Ganzman is an artist based in Haifa, Israel, whose work focuses mainly on figurative painting. During the years of 2013-2016 Valeria studied at the WIZO Haifa Academy of Design and Education in the photography and new media department. During this time she mainly photographed herself and her grandmother, exploring their bodies. The woman’s body, femininity and sexuality occupied her a lot and she tried to document it in its true form – bare and vulnerable. Today Valeria deals with the female body from various perspectives; the wear & tear and its sickness as well as sexuality, mortality and self-exploration.

In 2017 I got diagnosed with breast cancer. I was soon connected to an infusion and the treatments began, my body weakened and began slowly to collapse from the poison. My hair fell out and I became bald. Despite the immense fear I was in, the disease aroused my curiosity: there is something very beautiful and intriguing in sickness. The loss of my hair and the thought that I might lose my breast, made me wonder what femininity means.

I’m engaged in painting that stems from a constant search. I create many series of paintings of myself and especially of my body. This endless invasive documentation allows me to evaluate the body in a way that is foreign to me and even serves as therapy — to accept and eventually overcome the betrayal, as it sometimes feels, of my body.
I feel that my work is not a monolog to the world, instead it’s a dialog with myself. I explore the body, because it’s my way to cope with my own past trauma and present fear. By talking about it, I’m taking its power away. It becomes such a mundane part of my life instead of this scary topic that no one wants to talk about. It’s not scary anymore. 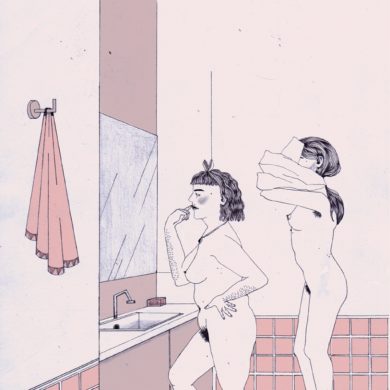 Tanya Teibtner
By continuing to browse the site you are agreeing to our use of cookies.