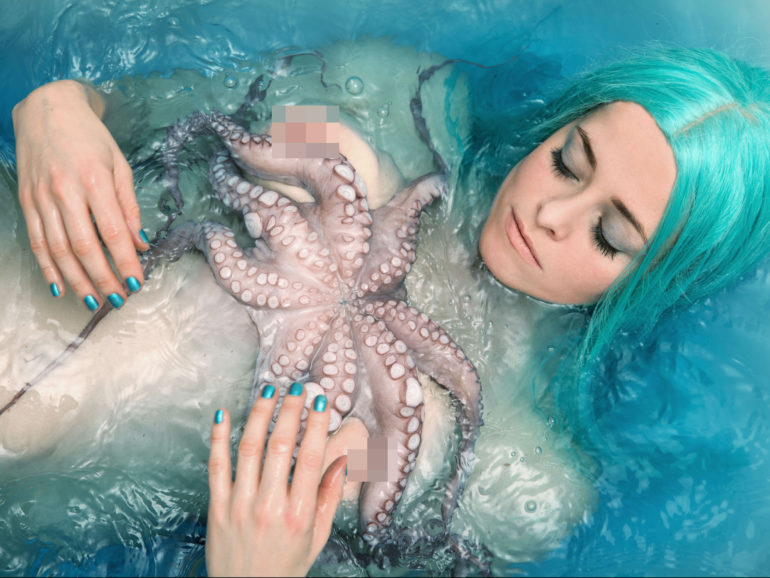 Alina Gross is a german photographer/visual artist based in Bochum, Germany. The self-portaiture series “Tentacled” was triggered by the mental illness of a person close to the photographer.

In 2012 I discovered the octopus as a key figure for my productions. The confrontation with the strange is certainly intended, but the aesthetics of the strange as a symbol of depression in the encounter with people and their everyday surroundings should also become clear. Man and octopus are brought together from their widely separated worlds to a fateful union.

These pictures helped free myself from my inner fear. I hoped that the pictures would give other people an echo. I discovered that the animal moved naturally in the water and stretched its tentacles towards me. I colored the water blue and wore a blue wig to create the mood of the ocean in a bathtub. So we became a symbiosis. 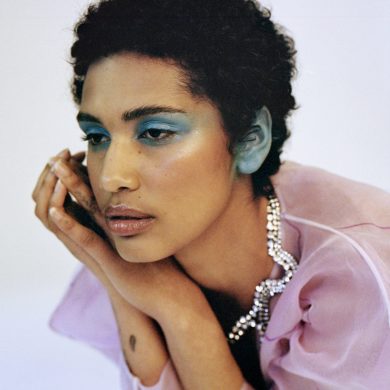 GIRLS BY GIRL – Nubia
By continuing to browse the site you are agreeing to our use of cookies.