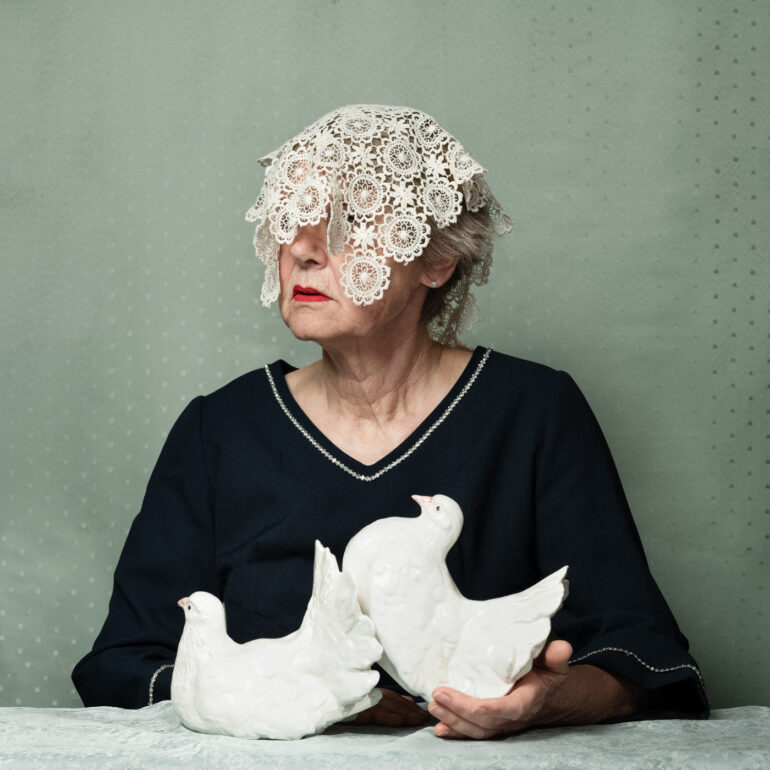 Nina Röder studied Media Art and Design with a focus on photography at Bauhaus University in Weimar, and currently lives and works in between Hamburg and Berlin, Germany. Her artistic focus lies within exposing hidden and unconscious structures or mechanisms of biographical narratives. In her work she combines aspects of the theatre, stage and performance with the timebased image space of photography.

The project CHAMPAGNER IM KELLER was born when Nina’s grandparents died three years ago; the family had to clear out and sell the house within a week. Most of the grand-parents‘ belongings were packed up randomly – only a few mementos were deliberately chosen and stored in a basement room in the house of Röder‘s mother in Windsbach, Bavaria. The door of this room was opened again for the first time at the beginning of 2020. With an ambivalence of amazement and melancholy, all objects, furnishings and especially the grandmother‘s clothes were examined. It was in this basement room that Nina Röder and her mother staged portraits, self-portraits and still lifes for the camera during the Corona lockdown, thus creating a stage for an Absurd Theatre.

The series follows Röder‘s work about her family, in which she encounters loss and grief in a performative and humorous way. Röder deals with individual abilities to act and explores questions about the influence our family and our origins, as well as losses and inherited traumas, can have on our thoughts and actions. With the potential of photographic staging, the process of letting go of family members in Röder‘s works is thus experienced as a changeable construction of contemporary reality.

The title of the series is based on a quotation from Röder‘s grandfather. On the occasion of his 90th birthday he was given several bottles of champagne as a gift. As a modest man he brought those into his basement and said: „When the beer is empty, we‘ll drink the champagne in the basement.“  Windsbach, 2020. 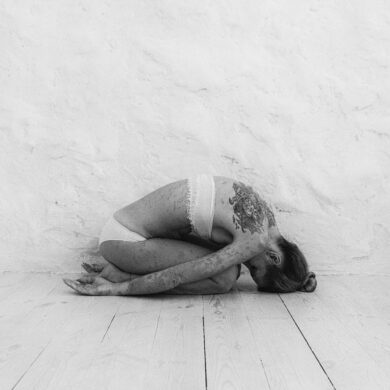 I Accept Myself
By continuing to browse the site you are agreeing to our use of cookies.