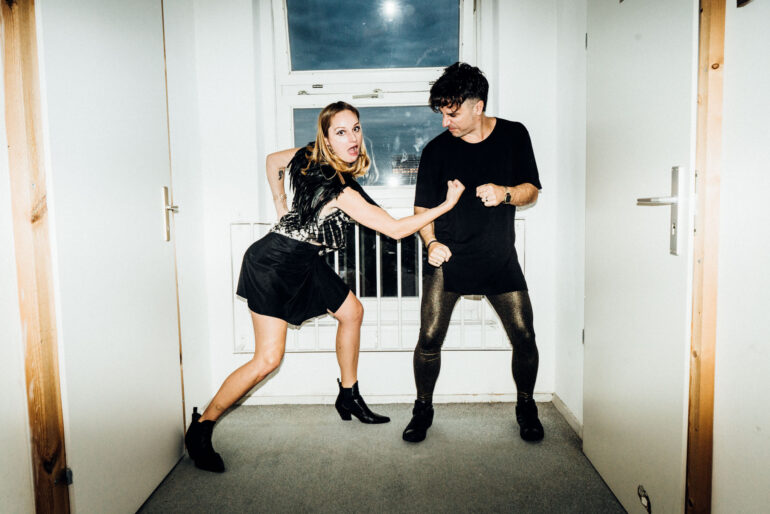 GRAU’s new album is an ode to Berlin, with its darkest and brightest facets.

Anner & Nik, aka GRAU, our favorite German duo, are back with their 3rd LP “Berlin”, a tribute to their adopted home, where they have been working and living together for over five years. Combining electronic with classical, the record takes us on a trip from the eighties to the roaring twenties, through secret parties, love affairs and absolute freedom. Read our interview to know more about their new release, and how they managed to create a masterpiece during a global pandemic. Oh. And. Press. Play.

How has it been since the last time we spoke?

Anner: Hey! Very good but very busy 🙂 obviously these are pretty crazy times globally, but thankfully it slowed things down enough to allow us to focus on music and making another album.

This summer you released a single in collaboration with artist Confirmation, titled “Girl VS. Boy”. Super fresh and fun. How did this collab came about?

Nik: I produced The Confirmation for and with my friend Peter Milos throughout 2021. At one point, pretty much at the end of the writing/arranging process, Peter came up with the demo of the song and he already had the verse. Looking for a chorus, somehow almost at the same time, we both came up with the Chorus simultaneously – that was really funny! So funny actually that you can hear us laughing at the end of the song. Once we got that down, the next logical step was to ask Anna if she’d lend us her voice for it.

Anner: it was really fun shooting the video in Tempelhofer Feld because it gave me a chance to brush up on my roller skating skills (albeit not without a few bruises when all was said and done – quite a colorful memory😅😘). I love the song and I love the whole Confirmation album! You should give it a listen.

You’ve been working on your new album, coming out on January 22. How exciting!
Tell us about it. What can we expect; How would you describe the album in a few words?

Anner: There’s a lot of musical variety on this one, with the common denominator being a vibe inspired by the history of Berlin and the music here, everything from the eighties, the nineties, back to the historic roaring twenties and then fast forward to what we’re envisioning to be the new roaring twenties that we’re living in now – the city has so much to draw from.
The music of Jean Michel Jarre, Kraftwerk and DAF for example were huge influences on us, but more in terms of feeling and mood as opposed to the sounds themselves – we’re not going for a retro sound but rather want to create something new, something unique that you might not have heard before. That’s why we still don’t have a name for our genre, we’re neither black nor white.
On top of that we wanted to talk about the typical party experiences of Berlin. The storyline of the album starts off with a chanson about a long gone unforgotten love affair, then takes you into secret parties where you find new soulmates, new inspiration, unbelievable sexual freedom and of course, mind-blowing craziness.

we’re not going for a retro sound but rather want to create something new, something unique that you might not have heard before. That’s why we still don’t have a name for our genre, we’re neither black nor white.

And how has it been producing an album during a worldwide pandemic?

Anner: working on the record was a good substitute drug for all the gigs and social life that we missed out on and it’s been fulfilling to create music and bring to fruition all the ideas we’ve been collecting over the years. Something that was a bit different about this recording experience was doing things remote. We had some collaborators on this one, sending files back and forth instead of being together live in the studio.

What was the main feeling that drove you during the creation of this album?

Anner: earlier I mentioned the roaring twenties, a time of the french chanson and prohibition – that’s something we discovered along the musical journey leading up to making this music. Then when the pandemic hit, we found there were a lot of parallels to our current times in the pandemic in terms of secrecy, like life in clubs behind closed curtains. That feeling was intriguing. I kind of found my inner diva, my inner Marlene Dietrich.

After living in this city for a bunch of years, you come to see the bigger picture, all the facets, universes and microcosmos this city has to offer. There’s love here, but it’s a tough love, and once you’re addicted, that’s it! Nothing compares 2 u Berlin.

You’re so Marlene Dietrich indeed! Can you bring us into the creative process of your duo? How does it work generally? – Do you write from lived experiences or from fiction ? or both?

Nik: Usually I start by myself in the studio and come up with some demos. Then I play them to Anner and we see what resonates with her. Then Anner, usually straight away, comes up with some great ideas and a vocal hook. From there on we bounce ideas back and forth until we end up with something that we both think sound like GRAU.

What’s your favorite song in the album? and why?

Nik: “Ikarus” I don’t know why but it somehow it turned out really well and is a typical GRAU song that just stands for itself.

Anner: I actually have a lot of favorites, each one is special and magical to me in its own way. For example the first one we wrote was “Freiheit”. On that one I tried this new style of singing for the first time. It felt like it came from another part of my soul that had been hiding in the shadows up until then. Another example is definitely “Schwarzer Engel”. It’s an intimate and dramatic love song and when we were finished, I suddenly realized that it was about Berlin, which blew my mind. After living in this city for a bunch of years, you come to see the bigger picture, all the facets and universes and microcosmos this city has to offer. There’s love here, but it’s a tough love, and once you’re addicted, that’s it! Nothing compares 2 u Berlin.

What do you want people to take away from this album?

Anner: I’m hoping people can tap into the same dream and vibes that we were experiencing while making it. That’s why I’m singing in my native language, because I’m going for a deeper connection so that the stories and word I choose are authentic.

Tell us about your current inspirations ?

Anner: the aforementioned roaring twenties with its prohibition and its timeless fashion developments. The wild parties of that era. A time when we were maybe a little bit less square with things like nudity 😉

It’s about time streaming services like Spotify paid better royalties. At the moment its almost impossible to consider them a real source of income.

With digitisation people don’t consume music the same way than 10 years ago. Are you optimistic for the future of music?
What kind of change/s would you like to see in 2022?

Nik: Hmm, thats a hard one. For starters, It’s about time streaming services like Spotify paid better royalties. At the moment its almost impossible to consider them a real source of income. Other than that, I think NFT’s are a very interesting option but It’s still hard to predict how they’re gonna affect the current system. There just aren’t enough models yet.

Who/what is your DREAM collaboration or performance?

Anner: definitely Rammstein – Till Lindemann – I’d love to hear his voice in one of our songs or even maybe do a duet. Oh my god, I would explode into confetti.

what’s next for you guys? do you have plans ?

Anner: now it’s time to get our show in front of an audience and play this live. Lets dance! We can’t wait to dance again! Also we’ll be making another music video. 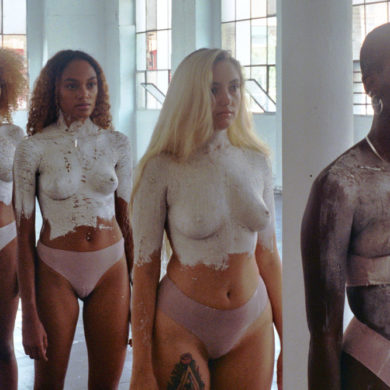 Corpus Metal
By continuing to browse the site you are agreeing to our use of cookies.