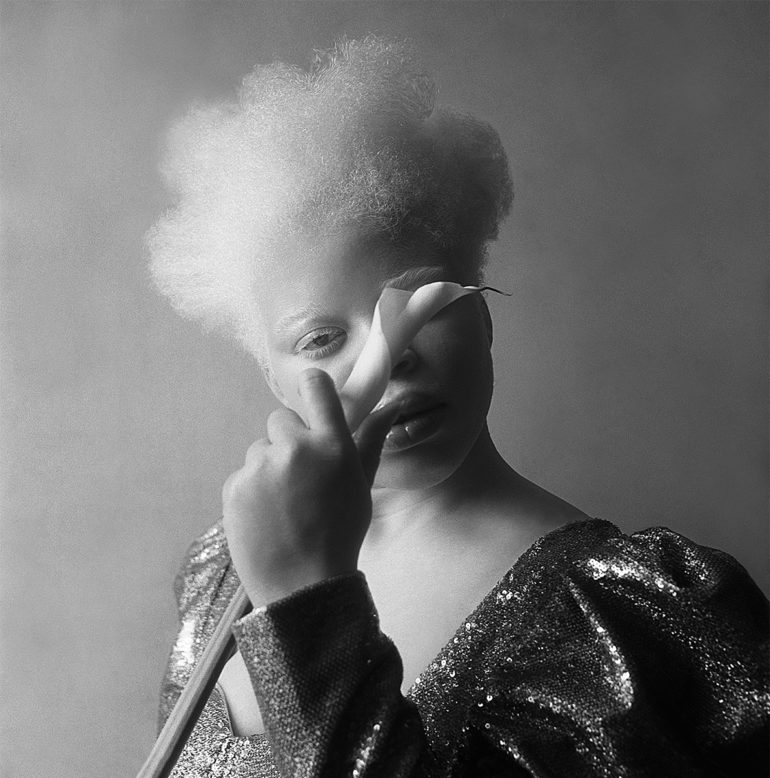 This photographic work by Cécile André features model Reine Hermione Etalle, and her story growing up with Abinism.

My name is Reine-herminione Etalle and I am 20 years old. I was born in Dibombari in Cameroon where I lived until I was six years old before coming to France.
I was lucky to be born into a family where I was not rejected by my parents unlike other people with albinism, who can be seen as monsters by their entourage.
Abinism is a rare genetic anomaly which results in depigmentation of the skin, hair and eyes. It causes severe visual disturbances as well as constant, uncontrollable movement of the eyes, called nystagmus. Albinism affects everyone regardless of country of origin
Several legends surround abinism and this, all over the world, in Africa for example, some legends say that we descend from a god, others, that we are the incarnation of the devil

When I was a child, I had very little self-confidence because of the mockery of my classmates, a lack of resources implemented to help people with albinism with disabilities at school, and the incessant humiliations of my teachers, in Cameroon.
As soon as I arrived in France, I was followed by a help service for visually impaired people. I was able to benefit from care and support. I could have a psychologist, and start a real work on myself in order to consider myself as a whole person, not to be ashamed of my difference, and also to understand the point of view of others.
This is when photography came into my life. Through it, I finally managed to see what others were seeing when looking at me. I managed to stop trying to hide the difference and highlight it instead. I can say that photography has been a therapy for me. 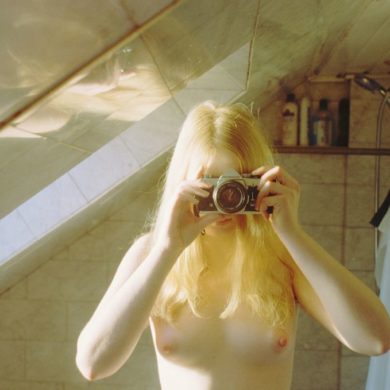 Victoria Salomonsen
By continuing to browse the site you are agreeing to our use of cookies.