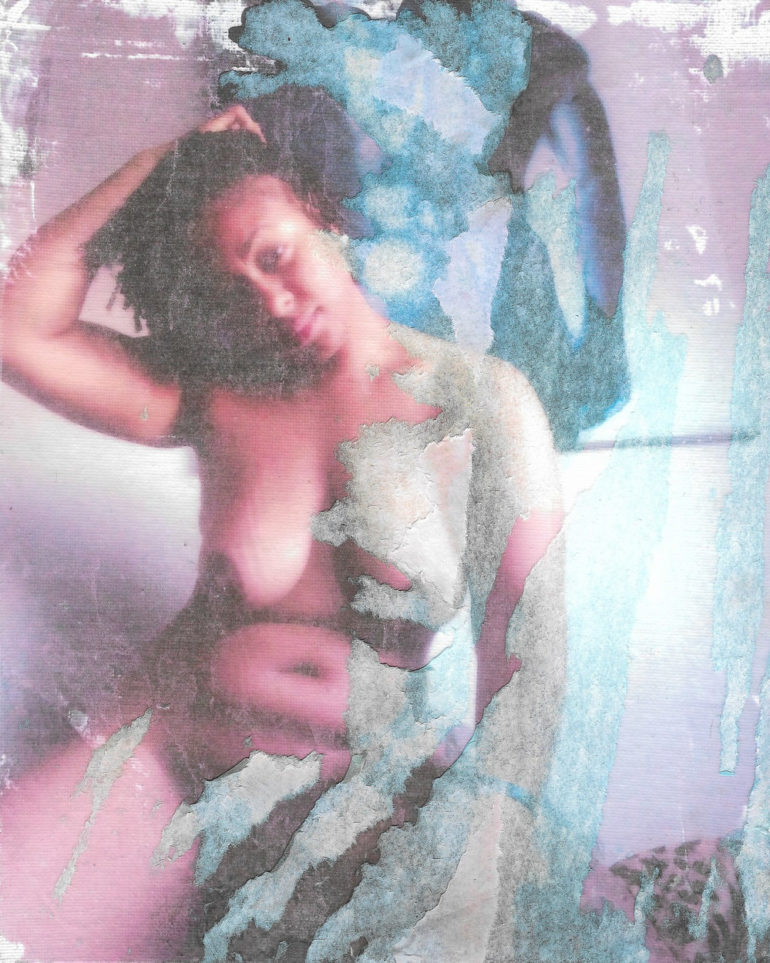 By Laetitia Duveau
In Interview

interview: UNDER MY SKIN

Under My Skin by The Art of Loving Your Selfie is an art project founded by Laureen HD and Stevie Sesin that features people living with STIs reclaiming their outlook on their body. Each piece showcased involves an ink jet printed picture submitted by participants, on which a recorded audio note of them telling their story is overlaid. The mission behind the project is to push the conversation around body positivity to include people with STIs. Read our interview with co-founder Laureen HD to learn more about this important project.

Hi Laureen, tell us a bit about you, who are you and what do you do?
I am a YouTube content creator who takes the shame out of living with genital herpes. When I contracted genital herpes in 2013, I did what most people do when they hear about their diagnosis: I turned to the internet to find answers to my most pressing questions. Most of the resources I found online were either too medical, too dramatic, too dismissive and most importantly not relatable. There was and still is very little representation of what a person with genital herpes or HPV or HIV looks like, how they live, how they manage their condition in their everyday. So a few years later, I started making videos using my experience to help people living with herpes navigate common everyday situations like ‘how do i tell a partner I have genital herpes’, or ‘how do I handle rejection if it happens’, ‘how do I keep a strong mental health in my everyday’ or ‘how to do online dating apps when you have genital herpes’.

You’re the co-founder of “Under My Skin” what is the project about and what prompted you to start it?
Under My Skin by The Art of Loving YourSelfie is an STI awareness art project that features people living with STIs reclaiming their outlook on their body. Receiving an STI diagnosis, most of all of an incurable one, can make us feel uncomfortable in our own skin and bring a lot of conflicting emotions regarding how our body feels, and how we feel about our body. So we asked people living with an incurable STI to tell us about their experience in that regard and to take a selfie in a pose that made them feel good about themselves, showcasing the level of nudity they felt comfortable with. Stevi Sesin, the co-founder and artist behind the project turned those pictures into canvases via inkjet transfer, and overlaid the voice of participants’ telling their story onto their digital piece. The concept of taking a selfie in a confident pose is a concept she explored in her original project The Art of Loving YourSelfie, which was focused on women learning to love and embrace themselves for themselves.

What is the aim of the project Under My Skin?
The mission behind the project is to not only show the world that having an STI doesn’t make someone unattractive, but more importantly to push the conversation around body positivity to include people with STIs.

“The mission behind the project is to not only show the world that having an STI doesn’t make someone unattractive, but more importantly to push the conversation around body positivity to include people with STIs.”

How do you find participants who want to share their story of living with an STI?
Since I’ve been growing a community specifically around that topic for a few years, I’ve gathered quite a lot of responses just by doing on open call on my Instagram page. A few people in the sexual health activist space also put me in touch with people in their network who were compelled by the idea. I was surprised by the number of people who were eager to find an outlet to tell their story openly.

What kind of reactions have you received so far since you started the project?
Really positive reactions, especially from people who are living with an STI themselves and suffer from that under/misrepresentation. In a world where we mostly learn about sexuality on our own through trial and error, having access to others’ learning curve is incredibly cathartic.

Did you face many challenges running this platform?
We got a few of our posts censored by Instagram because they showcase female nipples. That discrimination against *female* nipples infuriated us. The fact that we had to cross out female nipples to be able to talk about body positivity shows how far platforms like Instagram are from actually embracing the movements they birth.
We also tried to find public spaces like cafés or coworking spaces to exhibit our pieces, but despite being in one of the most sexually liberated cities in the world, our pieces were deemed to be ‘not a good fit’ for their regular clientele. Soho House was the only one who responded positively and gave us the space to have those very needed conversations.

“with Under My Skin, I am trying to draw attention to how something as invisible as an incurable STI is able to scar one’s perception of their body, sometimes for life.”

Do you feel like the rise of body positivity and diversity has helped people living with an STI or is the taboo persisting?
The body positivity movement is a door for people living with STIs to be heard and seen, but I believe it has yet to be open. A lot of the movement focuses on normalizing what a body looks like, which in a way keeps the conversation around bodies focused on looks. The truth is that our relationship with our body is dictated by much more than what it shows on the outside. That’s why with Under My Skin, I am trying to draw attention to how something as invisible as an incurable STI is able to scar one’s perception of their body, sometimes for life.

Is online the best way for you to tackle the battle?
The first place people turn to when they have questions or concerns is the internet. That’s why being able to show up with helpful answers when all they have are overwhelming fears is key! But to really change how people relate to STIs, we need to bring these conversations to any sexually active person, not just the ones affected by STIs. That is why I wanted to have a physical exhibition for anyone to come across, to get everyday people to think about the role of sexual health in their sexual lives, to have moments of introspection and check their own prejudice towards what it looks like/means to live with an incurable STI.

What would like to achieve next with “Under My Skin”?
I would love for Under My Skin to become an ongoing art project where people with or without STIs can find beauty in each other and challenge what they’ve been taught about macro topics like health, beauty or sex. 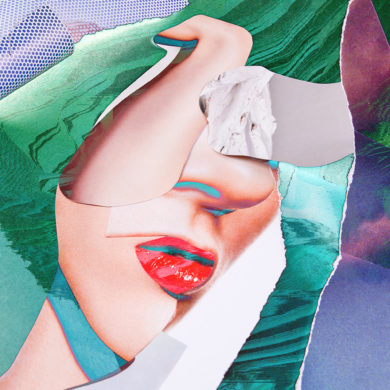 Ewa Doroszenko
By continuing to browse the site you are agreeing to our use of cookies.