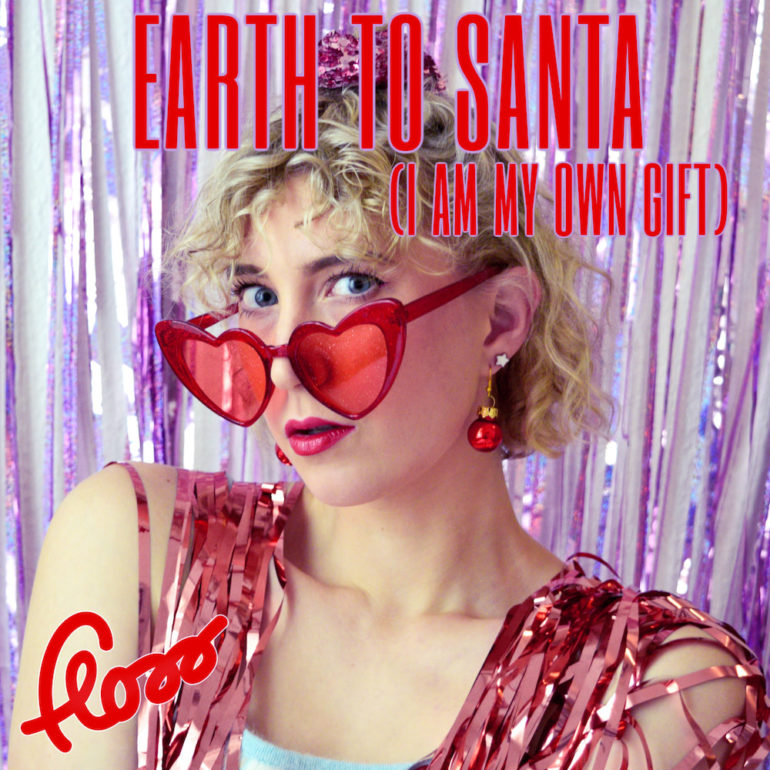 A chat with Florentine Schlüter aka FLOSS, Berlin-based multitalent as she releases her first single “Earth To Santa (I Am My own Gift)“.

Born in Braunschweig, Germany, she moved all over the world in the name of positive pop culture until she decided to become her own boss. Using her talent for a greater cause is one of the most important things for her, which is why she also clicked with Curated by GIRLS immediately, and recently became one of our beloved contributors, to empower, tell stories and connect. Fun fact: she had 6 wisdom teeth.

Read our interview to know more about FLOSS, and her new beginning as Popstarrrr. All proceeds of the 1st week will be donated to Junge Helden E.V.! Support, Buy, Stream, Donate!

“Everything I’ve ever experienced has brought me to this point. Everyone I’ve ever met and every little bit I have learned along the ups and downs has helped me reach what and who I am now.”

Hey Florentine! I’ve known you for quite a while now, but you never told me about FLOSS before! Who is she?
She has been bubbling under the surface for a while and only a few people got introduced to FLOSS… but now she’s finally here! So you could say that she is born today, on my 28th birthday, my return to saturn. She is my new alter ego and reflects my personality 100%. The name is the perfect mix between my real name Florentine and my ever-lasting internet name @Cottoncandizzle. I had the idea while listening to „Glamorous“ by Fergie. Pop and fun with some street cred.

Give us a little hint on what’s been going on in your life the last couple of years? What’s been fun? And less fun?
I love pop in every shape and form. I stan. That’s why I’ve been jumping around in the fashion and music world for some time now, whether it was in L.A. or Paris or Hamburg. It’s crazy but right now it feels like everything I’ve ever experienced has brought me to this point. Everyone I’ve ever met and every little bit I have learned along the ups and downs has helped me reach what and who I am now. I know it sounds so cheesy but don’t we love some cheese?

I guess music is a big passion for you but its the first time you release a song. How come?
*Moves to Berlin and becomes a musician* haha. It’s such a cliché, but when I moved to Berlin a bit over a year ago, I just started writing and making music and might have found my new favorite creative medium. I had written notes and poems before but probably never had the balls to record until my friend pushed me and I started taking singing lessons. And I love it. With music, you can tell stories and top it off with costumes, glitter and show, videos, and paint the big picture. Everything I love. It’s holistic. (Isn’t that everyone’s new favorite word?)

“I believe in Santa if only he would finally come show up and bring me my la-love or I will go ahead and love myself. EARTH TO SANTA, HELLOO!???”

Why start with a Christmas song? Do you believe in Santa Claus?
Around 2 years ago, my friend and producer of the song, 3615 Caroline, and I were having a glass of wine in Paris and noticed that you mostly hear the same Christmas songs every year. Of course always „Last Christmas“ and „All I want for Christmas is you“ (which I both LOVE because – pop culture). But we were wishing for a new Christmas song that tells an empowering story and captures the Zeitgeist of the 2010’s. Christmas songs are like a time capsule of every time and we were missing ours. So the idea for „Earth to Santa (I am my own gift)“ was born – super kitsch, absolutely insane and we were 100% down for it. And DUH, I believe in Santa if only he would finally come show up and bring me my la-love or I will go ahead and love myself. EARTH TO SANTA, HELLOO!???

Tell us a bit more about the song: who did you work with ? How was the writing process?
Making „Earth to Santa“ was an exciting process and I learned so much, especially because it’s the first song I’ve ever written. And it’s 3615 Caroline’s first pop song! I wrote the lyrics and melody and started taking singing lessons in Berlin where I also recorded the vocals. 3615 Caroline and I had been going back and forth a bit over the musical arrangement the last year and even completely changed the structure until we found the perfect groove. To me, they are just a musical genius when it comes to production. And yes, I have been listening to Christmas songs since July and my neighbors probably think I am completely mad.

“I want to spread love, fun and empowerment and make people smile.”

What are your expectations with this project?
I want to spread love, fun and empowerment and make people smile. And I want to gift the world a new song that can be stuck in their head this Christmas – and maybe even the next holiday seasons. For the video (out November 5th) I collaborated with Junge Helden e.V. (www.junge-helden.org@junge_helden) to advocate for the “Widerspruchsregelung” in Germany because we need to change the system. My mother is currently waiting for a kidney and might have to wait for 10 years whereas in Spain, you would only have to wait one year – because they have the “Widerspruchsregelung”. Putting out a bubbly, fun Christmas song is one thing but for me, everything has to have a deeper message or cause. All proceeds of the first week of the song will go to Junge Helden, you can give as little or as much as you want by getting it here. Or just stream the song on Spotify, that also helps. I got to work with @jungtrieb in my hometown Braunschweig and the video is absolute insanity. I got to design the whole set and we built it together with the help of friends and family. It is a blessing to be able to work with people that get you and your ideas, even if you say „We need Santa made of chocolate melting in a sunbed!“. Stay tuned!

What’s next for you?
If only I knew! Gimme an eight ball! Let’s go to the turd card reader! Ha. I have so many more songs in the pipeline that I want to record and share with the world. But first, I will perform „Earth to Santa“ for the first time at Toast Hawaii in Berlin on November 29th, followed by a Christmas party à la extravaganza with the best guilty pleasure tracks, my brother @bruder_busenschmus on the decks and drag queen Aurah Jendafaaq. COME THRU! (fb event) 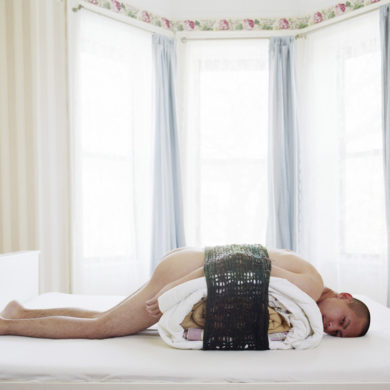 Pixy Liao
By continuing to browse the site you are agreeing to our use of cookies.