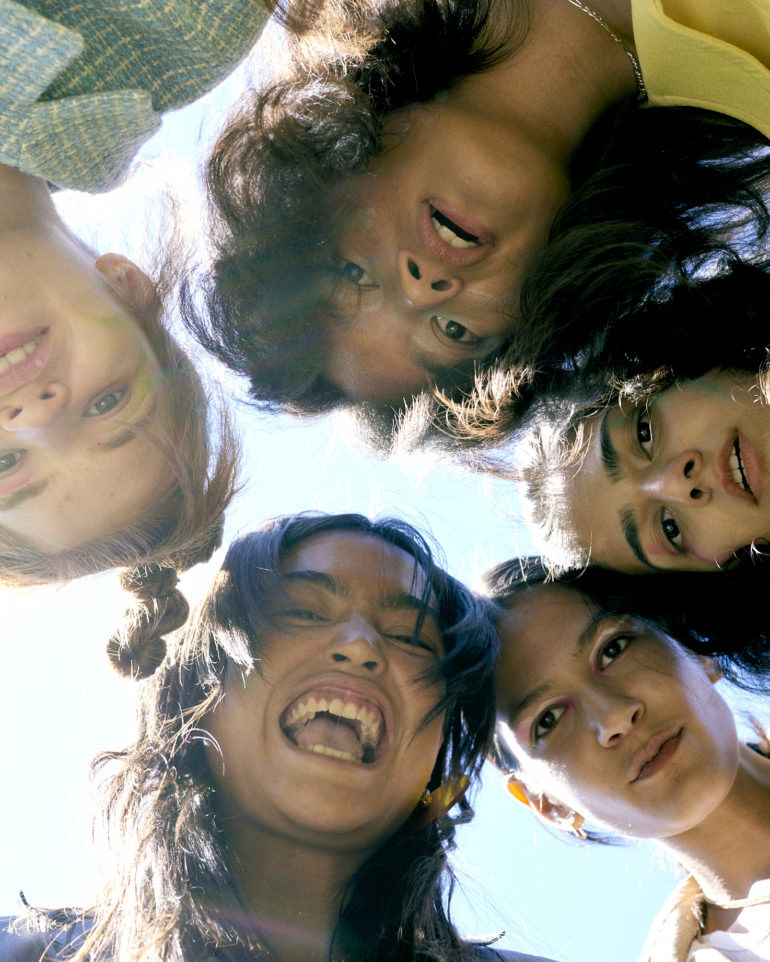 “Merging inspirations from fashion, social science, and activism, this project explores the disruptive potential of women’s presence in public spaces, revealing how everyday practices of urban mobility and visibility can be understood as acts of resistance.”

Young women dressed in velvet and leather stride together across a field, lean casually against concrete walls in sportswear and vintage dresses; they stand unflinchingly in the middle of the sidewalk, heads held high and staring forward, taking up space; limbs spread, postures open, they do their best to exude a relaxed, easy confidence. When it works, it feels immediately powerful, a provocative contrast to the norm.

In actuality, these women have just met each other today, their makeup and clothes have been chosen for them, and they are being made highly visible in busy public spaces by a creative team directing them to behave as naturally as possible in situations that are quite unfamiliar. Despite their, and our, best intentions, they frequently appear self-conscious, awkward, and vulnerable, hindered by ill-fitting garments and posing stiffly. In some moments, their conspicuous presence evokes curiosity or amusement among observers and passersby; in others, it draws scornful looks and even predatory leers that speak to the underlying hostility and asymmetrical power dynamic that is all too familiar in these spaces. The clear challenges these young women are grappling with and the layers of irony in this uncomfortable situation we have constructed are not lost on us.

The women are part of a project exploring the disruptive impact of women in public spaces – how small, singular everyday actions can be both subversive and potentially trans-formative. The project emerged as a side project of designer Margot Charbonnier’s investigation of gender, body, and space through her clothing line, Sample-cm/Grand Bassin. Her most recent collection delved into the male-dominated space of martial arts, exploring the disruption that occurs when women occupy such spaces and challenge gendered expectations of behaviour and physicality.

Extending the exploration into the public realm of the city, Charbonnier took on the role of creative director, working with photographer Luma von Perfall, and myself as consultant anthropologist, examining how the deliberate presence of women’s bodies in urban spaces can create a strong visual and political impact. Within this interventionist mindset, the creative team selected locations that exemplified places women often feel unsafe or unwelcome: a public park, a neighbourhood ballcourt, a parking garage, or just out in the street. Working with a mix of vintage, Sample-cm and other high-end designers, and the models’ own clothing, the styling reflects outfits that women might typically shy away from wearing in public, because it would put them at risk or make them too visible.

Whose City is This?

The city has long been an important site of contestation in both feminist analysis and activism, but until recently, the gendered experience of space has remained an underexamined topic in mainstream discourses about urbanism. The gendered dichotomy between public and private space has been central to feminist critiques and in order to address gender inequality, it is important to understand how these separate spheres – the dominant public male realm of production (the city) and the subordinate private female one of reproduction (the home) – emerged under capitalist patriarchy and have been intrinsic to reproducing and reinforcing a hierarchical binary opposition between genders.

Through this lens, we see how the spaces we inhabit are not neutral – materiality collides with social reality to encode the values of the society we live in and reinforce a system of body-space relations. Women* tend to occupy their bodies more self-consciously, hyper-aware of the myriad ways public spaces may be unwelcoming or unsafe, and the ways their bodily expressions and movements might invite or deflect attention. Women are constantly warned of the dangers that lurk in the city, socialised to know which spaces to avoid, and this affects how they map their bodies into urban space. Women’s fear of violence and its effect on their perception and use of public space impacts their mobility in a way that amounts to a spatial expression of patriarchy. The fears and stresses, the constant mental calculation of risk and judgment, are an effective means of social control that limit the way women inhabit the city and keep them from making a full claim to urban citizenship.

*it is not sufficient to speak of women as a unified category, and thereby important to understand how race, class, sexuality, transness/gender nonconformity, disability, etc intersect when discussing the gendered experience of the city.

Feminist movements have largely been about calling attention to the often-invisibilised social and spatial politics of everday life through both strategic action and everyday practices. Bodies, even unintentionally, perform political acts simply by their presence in public spaces. Women not only passively experience space, but produce and reclaim it by engaging in everyday routines and activities in public, and the presence of women in public spaces encourages other women to claim space for themselves. These small ordinary practices of urban mobility and visibility cannot merely be understood as mundane actions but rather as resistance.

This type of claim-making and the disruptive potential of women’s presence in public spaces is what we intended to draw out through this project, playing with how even a subtle divergence of posture or movement, or simply making oneself visible in public, can become a subversive act. Combining a spirit of rebellion and defiance with collective joy and empowerment, the shoot aimed at feminist intervention: an intentional reclaiming of urban space, challenging gendered conventions of body, gesture, and presence.

Both the social and material properties of the city sustain a particular way of organising society, by constructing identities and perpetuating visible and invisible boundaries across not only gender, but race, sexuality, class, and more. When urban spaces are used to expose this, and to potentially subvert these oppressive frameworks, we can begin to look for new possibilities. While the city is a place where women struggle with inhibition and insecurity, it has also long been a place for personal liberation and where social change is possible. 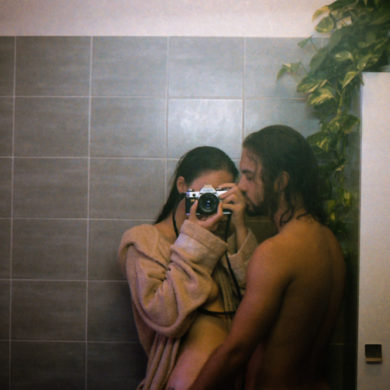 Renata Ursu
By continuing to browse the site you are agreeing to our use of cookies.