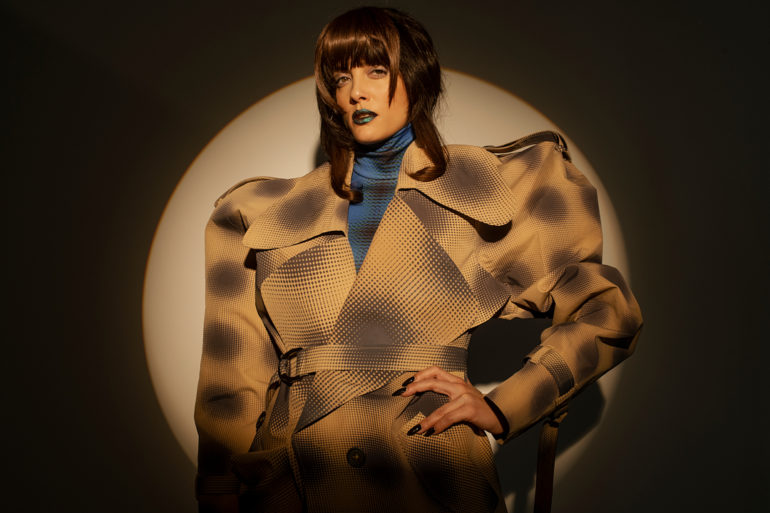 By Julia Howe
In InterviewMusic

Noga Erez sound is pop with its darkest edge

If you’re looking for dark, punchy pop, Noga Erez is your girl. It’s rhythmic hum pulses through your headphones, right into your core – looking at relationships we have with one another, and exploring how to use your creative force to escape frustration and anger at wider issues and injustices – to channel them into existence in a new form – looking at love as perhaps the oldest and purest concept, that’s what the artist now wants to write about. As Erez herself puts it – people are grown up kids.

I spoke with Noga Erez about her new album ‘KIDS’ and the stuff that brought it into being.

“Kids” Album comes out on March 26th on City Slang.

Where did the inspiration come from to consider the relationship between parent and child – is there a particular tension or strength in your own interpersonal relationship with your mother? Are you trying to comment on the general relationships between, as you said ‘one generation and the next’?
Well, it’s both. And that’s what I found to be so interesting about exploring that idea. My partner in life and in music Ori Rousso lost his mom to cancer right when our career started to kick off and we were wrapping up our first album Off The Radar. That gave an entirely new perspective to my life and to my relationship with the people that I love. I saw that pain in front of my eyes in such a vivid way and one thing I noticed was how her absence was felt, but also her presence, in a new form. She is just there, inside her children, the same way my parents are present in me and my siblings. That felt so beautiful to me and made a huge impact on how I see the relationship between one generation to the next. And it gave me a new perspective about things that are beyond parent and child connection, about larger scale influence that we carry and pass on to next generations.

what are your aims and interest in looking at and discussing this in your work?
Eventually it all comes down to being able to be present with the stories of other people. We all have in common the fact that we are somebody’s children, we’ve all been brought into the world by someone, and that is a huge part of our identity. And that kind of perspective about the world brings a lot of empathy with it. An ability to relate with stories of people who are not close to me, and an ability to feel less angry at the issues of the world. I needed that kind of comfort, that understanding in people’s motives, even when I am far from understanding their actions.

If you could describe what you wanted to say with this album in one sentence, how would you word it?
People are grown up kids.

It’s a wonderful feeling to be able to see that you can look back at hard times with a bittersweet smile.

Who did you listen to growing up? Who were some of your biggest inspirations? Were there any artists or genres that you weren’t into, but you’ve grown to appreciate now?
When I was growing up we played Beatles, Leonard Cohen, Simon and Garfunkel, Nina Simone, Abba. Today my biggest inspirations are Kendrick Lamar, Radiohead, PJ Harvey, Gorillaz and Nancy Sinatra. I never thought I would be into Hip Hop when I was growing up and today it is my biggest passion.

Who are your current inspirations – within music or otherwise?
Ori Rousso my partner is my teacher, my guru, the most inspiring musician and human being I know. He is so extremely talented and humble. He really sees me and I have grown so much since we’ve started to work together and I am grateful for having him in my life.

How was it collaborating with Rousso? How did it change and help your process? Were there any challenges within it?
It’s the best thing in the world. We’ve created our little world in our Tel Aviv apartment, he helps me define and redefine myself all the time. Ori taught me how to think about music with my heart, how to become closer to what I am experiencing and to listen to and make music from an intuitive place. We have an amazing connection, that obviously has its ups and downs. Writing songs is a place that is full of fear for me, it doesn’t always come naturally to me. So at times I get very much in my head during the process and it creates tension. I’m lucky to be around someone who understands and respects that.

Right now I just really wanna write about love. I really want to write a good love song or songs. I feel like at the end of the day that is the most timeless concept to explore.

Your lyrics “I don’t freak out in public, take me outside and crash me, over a cup of coffee” are backed with cynical satire and almost a light humour that seems to flesh out little spaces that run through the entire album, a dark edge inflected with a little ‘pull-back’ to satire – it has its own feeling of strength in it – is this how you think about and process personal issues in ‘real life’, or do you channel this attitude purely through your music?
Usually when I’m able to write about something that’s very emotional, it’s way after the drama has passed. I can’t write about stuff that’s really happening in the moment, and usually writing a song will be a way for me to have closure with an issue that I have or something that I’m dealing with. That’s why that retrospective kinda has a vibe of a ‘grown passed’, the drama always looks a little cute and funny when looking back, and it’s a wonderful feeling to be able to see that you can look back at hard times with a bittersweet smile.

What are your current inspirations – musical and political movements for example?
I used to write a lot about global and social themes. A lot of it had to do with my home place, which is Israel, there’s a lot to talk about here. Then with this album we were talking a lot about life and death and how humanity passes it’s stories, habits, traditions, traumas, from one generation to the other. Right now I just really wanna write about love. I really want to write a good love song or songs. I feel like at the end of the day that is the most timeless concept to explore.

How long was the process of working on, putting together and finally putting out the album? Do you write all your own lyrics? How does your song-writing and bringing it to life go from A-Z?
The album took three years to make but we had most of the songs ready over a year ago. It kept getting postponed and we took the time to get it to the best place we could. It started with Rousso and I writing songs. Usually done over a beat that Ori would start, then when we have an idea for a hook or a verse we start producing, getting the atmosphere right. And then we continue writing, we just do everything simultaneously. We kept changing the songs until the very last minute. Then the deadline came and we let it go. Deadlines are so important. Our lyrics are all written by Rousso and myself, except for the features, obviously.

Your track ‘Kids’ has a soft eerie beginning, but one that’s also soft and sublime – what do you want people to feel when they listen to it? What do you want to bring up in people’s emotions – through both the music and the lyrics – the whole atmosphere? What do you mean when you say ‘speak now’?
KIDS is a song that is inspired by a cinematic vision that I had in my mind. I was looking outside my window onto the street and was imagining a mass of people marching towards some unknown destination. That time I was incredibly confused about the political situation in my region. I still am, obviously. But it created this scene in my mind where people were headed toward a funeral of the concept of “peace”. When I was a young girl people, the media, politicians, used the word ‘peace’ a lot. But not anymore. People of both sides have kinda lost hope for that to ever happen. So I was imagining how we would all march together to bury ‘peace’ and we’ll finally get together around something. When I was saying ‘speak now’ I was thinking about politicians from both sides of the conflict. I think this conflict has suffered a lot from the lack of leadership on both sides. When I say sit down, I mean, sit down and figure this out, do your job. It’s kinda like talking to two kids who are fighting, and telling them, talk it out, it’s on you.

How was it working with BLIMES?
It was so great, she sent us her verse an it was just so easy and clicked. I had my verse already, and after she sent us hers, I had to go back and record mine again. I just felt like she brought a performance and intention to her verse that really raised the bar.

How has it been producing an album during the pandemic – setbacks? Positives?
The pandemic is the best thing that could have happened to the album KIDS. Our plan was to mix the songs while touring, which is something we did with Off The Radar. It wasn’t ideal, but we had no choice. The pandemic saved some of the songs you’ll hear on the album. From being pretty cool they became on point. I learnt that I never want to rush my creative process ever again.

“Switch Me Off” proves a melancholy closing track, but an optimistically satisfying one, soaked in collectiveness and empathy – do you write from lived experiences or from imagined scenarios or a combination of the two?
Switch Me Off is simply a documentation of something Ori and I witnessed and put it into music and words. All of our songs are about things that really happened, or things we really felt or dreamt. But when putting the songs together sometimes you make decisions that take the stories to other places. But the core is always very true. And the emotion is always as accurate as feeling can be documented in music. That’s our main mission. 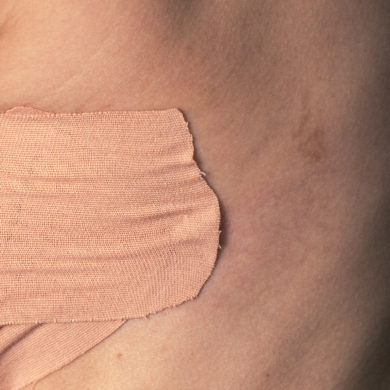 Glin Gwee ‘Fold’
By continuing to browse the site you are agreeing to our use of cookies.